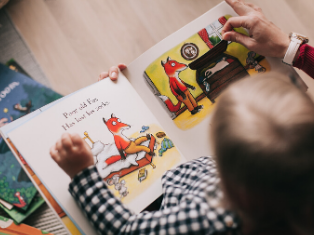 One of our leading education experts has been recognised for his work to improve our understanding of reading disability.

Professor Julian Elliott has received the 2020 Award for Outstanding Contribution to Educational and Child Psychology from the British Psychological Society.

The award is in recognition of Professor Elliott’s work geared to helping children who experience learning and behavioural difficulties and the quality of professional services for children who struggle to read.

Professor Elliott is best known in academic and professional circles for his work in the area of reading.

As a former teacher of children with learning and behaviour difficulties, educational psychologist, teacher trainer, and researcher, Professor Elliott has been studying dyslexia and reading difficulties for more than forty years.

His research has demonstrated why a dyslexia diagnosis is highly problematic, fundamentally lacking scientific rigour and is irrelevant to subsequent teacher intervention.

Professor Elliott has long argued that a focus on a small proportion of children often leads to many other struggling readers failing to receive the help and support they also need.

In his 2014 book, The Dyslexia Debate, co-authored with the US-based geneticist and psychologist, Elena Grigorenko,Professor Elliott shows that the most effective interventions for struggling readers work irrespective of whether or not the child is deemed to be dyslexic.

Rather than pouring resources into a scientifically questionable diagnostic procedure, he argues that all children who are struggling to read should be identified as early as possible and then provided with scientifically supported forms of intervention.