Films, adverts and reality TV shows don’t always paint a realistic picture of women’s body shapes but how much influence does TV have on our preferences?

A new comprehensive study by our psychologists shows that the more TV we watch the more we prefer thinner female bodies.

Our researchers are calling on TV and advertising bosses to show people of all shapes and sizes in order to reduce the pressure on women and girls to aspire to a ‘thin ideal body’.

The team worked with men and women from a number of villages in a remote area of Nicaragua in Central America who either had regular or hardly any TV access.

The villages in Nicaragua were selected because people were very similar in terms of their ecological constraints, such as nutrition, income and education, but had differing access to TV. This meant researchers were able to isolate the effect of TV exposure from the other factors.

The researchers say this is the best evidence to date that TV is having a direct impact on our perceptions of body ideals.

The representation of this ‘thin ideal’ in the media can lead to body dissatisfaction and play a part in the development of eating disorders and depression.

Body dissatisfaction amongst girls and young women is already common in Western countries and as more rural communities in places like Nicaragua get widespread access to Western media, there is a danger that this pattern could spread.

People in the villages in this part of Nicaragua generally did not have access to magazines or the Internet, and none of the participants in the study owned a smartphone.

Those people with TV watched programmes such as soap operas, US films and music videos.

In addition to the main element of the study, the team also showed villagers without TVs a number of pictures, either of larger women or thinner women. In this experiment, people’s body ideals changed in the same direction as the images they had seen, demonstrating that perceptions of attractiveness are highly changeable. 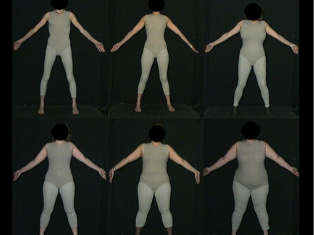