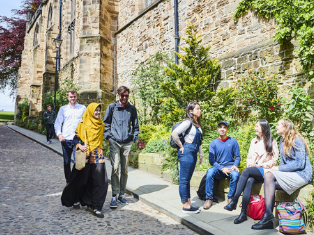 Durham University has recorded its highest ever number of subjects in the top 100 of a major international league table.

Eighteen of our subjects are now ranked among the very best globally in the QS World University Rankings by Subject 2019, up from 16 in the top 100 last year.

Ten subjects feature in the world top 50, up from nine last year.

Three of our subjects have kept their position in the world top ten - Theology and Religion (fifth), Archaeology (sixth) and Geography (ninth).

This is the third year running that we have achieved our highest number of individual subjects in the QS World University Rankings by Subject.

The QS World University Rankings by Subject are based on academic and employer reputation, research citations and the productivity and impact of the work published by academics.

A total of 1,222 institutions from 78 countries were assessed and the rankings looked at 48 subjects in five broad subject areas.