We could use old coal mines to decarbonise heat – here's how 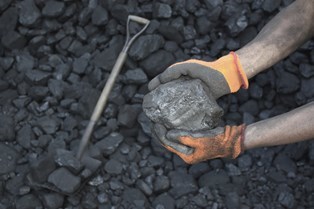 There are fewer low carbon alternatives for heat production than there are for electricity. Solar hot water and biomass are the two main touted alternatives. Solar hot water is usually produced at a domestic level and requires access to a south facing roof. Biomass can be used as a heat source but may be constrained by availability and the transportation of fuel. And so it is unclear how future heat demands could be met from low carbon sources.

Geothermal heat is one solution that offers a low carbon, secure and continuous energy source. Classic geothermal regions such as Iceland and New Zealand capitalise on their volcanic landscapes by capturing the steam and hot fluids produced as a result of tectonic activity. Geothermal fluids in the UK are over 100°C and hot enough to drive turbines, produce electricity and also supply heat. Also, geothermal fluids may issue naturally at the surface as hot springs and geysers, avoiding the need to drill to access them.

Of course, the UK is not characterised by such tectonic activity. But we believe that abandoned deep mines contain good geothermal potential.

The deeper you drill into the Earth, the warmer it gets. Geologists call this the Earth’s “geothermal gradient”, driven by heat produced at the Earth’s core that radiates towards the crust. In non-tectonic areas, temperatures increase on average by around 25°C per kilometre. This means we can predict what temperature may be encountered at any specific depth.

Abandoned coal mines, therefore, seem incredibly promising due to their networks of flooded galleries and shafts lying at depths of up to several hundred metres below the surface. One can be almost certain that the water flow necessary for deep geothermal wells will be found in these flooded underground voids. The risk of not finding flowing water underground can inhibit deep geothermal developments elsewhere.

Vast volumes (over 15 billion tonnes) of coal have been extracted from deep mines in the UK over the last century. To put this into context, if this extracted coal were spread over the UK land surface, this would result in a five cm deep layer of coal across the country. Today, UK coal production from deep mining has declined to almost zero and the nation recently celebrated its first coal free day of power generation, in April 2017.

Think about this. The volume of coal extracted compares to an equivalent void volume underground. On this basis (once allowing for subsidence), we estimate that the abandoned mines of the UK contain around two billion cubic metres of water at temperatures which are constantly around 12-16°C, and in some instances higher still. If heat corresponding to a 4°C temperature drop was removed from this volume, around 38,500TJ of heat could be liberated. This conservative estimate could provide enough heat for around 650,000 homes nationally.

Clearly, you wouldn’t want to take a bath or heat your home with water at these low temperatures, but using a heat pump, the water temperature could be upgraded to more useful temperatures of 40-50°C.

A heat pump takes energy from a source such as water within an abandoned mine and “lifts” it to a more useful temperature. You can think of it working like a fridge: if you put food at room temperature in a fridge, after a while it will be cooled to the temperature of the fridge. The heat removed from the food is lost from the back of the fridge, which is why this area feels warm. The radiators in a home are effectively the same as the back of the fridge. A heat pump uses electricity to boost the temperature but for every kW of electrical power used, the heat pump will produce three to four kW of heat. This is why heat pumps are a low carbon alternative to gas boilers.

So we know that the UK has sufficient potential for geothermal heat production in its extensive mines. The next consideration, then, is proximity to the heat demand. Given the low temperatures involved, the heat source needs to be close to the end user to minimise losses. Many UK towns and cities grew due to their coal reserves, meaning that centres of heat demand and areas of abandoned mines often coincide, making them ideal targets. The UK government’s fifth carbon budget sets out plans to decarbonise heat by stating that one in 20 homes should be connected to a heat network by 2030. This is an ambitious challenge but abandoned mines could make a significant contribution here.

Minewater district heating schemes have already been successfully developed at several locations. One early example was developed at the Ropak packaging plant in Springhill, Nova Scotia, in 1998. A minewater and heat pump system that uses minewater at 18°C provides heating and cooling for the 13,500-square-metre site leading to huge savings in avoided fuel-oil costs. And at Heerlen in the Netherlands, a larger scheme has been operating since 2008, supplying heat to 500,000 square metres of commercial and residential buildings. Areas planned for new development in former mining areas make ideal targets as they provide an opportunity to incorporate the necessary above ground infrastructure.

But if coal mines are to decarbonise heat, we need to deploy these systems in more places. Is this possible? We think so. The fact that many coalfields are overlain by urban centres means that there is certainly good potential for many former mining areas. Although abandoned mines provide a lower temperature resource than deeper geothermal sources, they are systems known to flow copious quantities of relatively warm water and provide a readymade subsurface store of heat.

There is a delightful irony that the legacy of the dirtiest of fuels, coal, now has the potential to deliver a low carbon energy future.