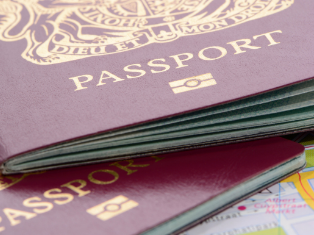 The Government has likened its own British citizenship test to a ‘pub quiz’ repeating what Durham researcher, Professor Thom Brooks, showed in his research five years ago.

In the only comprehensive report into the test, which has to be taken by immigrants wishing to become British citizens, Professor Brooks exposed major flaws in the exam and called it a bad pub quiz which has done more harm than good to social cohesion.

The report called for changes to the test, which has been taken by more than two million people since its launch in 2005, and it now looks like Home Secretary Sajid Javid may be considering reform.

In a piece written for the i newspaper, Professor Thom Brooks, Dean of Durham Law School and himself a US immigrant who has sat the test, urges caution about launching straight into a new test. He said: “It would be a mistake to rush towards launching a new values test or revising the current one without engaging with the public.

“There are concerns about immigration and how well it is managed that have remained strong for several years. An edict based on guesswork won’t build confidence, especially for those most anxious about immigration levels. One problem shouldn’t lead to something worse.”

Read the research report - The 'Life in the United Kingdom' Citizenship Test: Is it Unfit for Purpose?

Read Professor Brooks’ article in the i newspaper