Changing the law to protect victims of upskirting 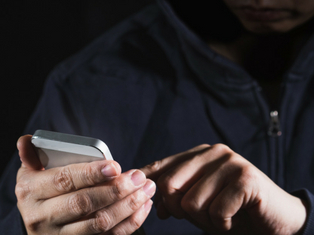 Professor Clare McGlynn of Durham Law School tells how her research has helped to shape a law on upskirting and why more comprehensive legislation is needed to protect victims from all image-based sexual abuse.

Moves to legislate against upskirting – the act of secretly taking a photograph under a victim’s skirt – hit the headlines when a planned law to criminalise the act stalled in Parliament.

The law, which the UK Prime Minister, Theresa May, said would be passed soon, is the culmination of a long campaign involving Professor McGlynn and colleagues and campaign groups across the country.

Q: How important is it to introduce a law against upskirting? Is current legislation ineffective?

Legislation is needed to challenge these forms of abuse as they can have devastating impacts on victims. They often suffer abuse, harassment and fear for their physical safety. Some contemplate suicide.

The current law in England and Wales does not clearly define upskirting. There is an ancient offence of ‘outraging public decency’, which can sometimes be used. But few have ever heard of that Law and it only covers some situations.

Q: How has your research helped to inform the campaign to criminalise upskirting?

Working with organisations such as the group End Violence Against Women, we’ve worked to raise these issues in policy and public debates.

I have given evidence before the Scottish Parliament when it was debating a new law, and we managed to convince them to strengthen their law to clearly cover the sharing of upskirting images.

Over the past year, following the campaigning of Gina Martin, I’ve given evidence in Parliament about the need for change, and worked with Women’s Aid, The Fawcett Society and the End Violence Against Women Coalition to call for a change in the law.

The issue has also led to high-profile media attention and together with others I have been able to discuss the need for changes in the law on programmes such as BBC Woman’s Hour and in national and international media.

A: The law needs to be modernised- it currently doesn’t apply to altered or photoshopped images. This is a growing problem as technology develops.

The law needs to be strengthened to cover threats and to ensure the law protects victims whatever the perpetrator’s motives.

Q: How do you feel knowing that your research has played a part in the wider campaign to improve the law for victims of image-based sexual abuse?

My research is just one part of a broader movement bringing together many MPs, campaigners and academics who have been working towards getting these offences recognised and the law changed. I’ve been privileged to talk to many survivors and women’s organisations who’ve been willing to share their experiences and help us argue for change.

I’m now working with colleagues across New Zealand and Australia on a project funded by the Australian research council to better understand victims’ experiences and learn the lessons from different countries.

* For more information about the campaign to change the law on upskirting and all image-based sexual abuse read Professor McGlynn's comment and opinion piece, first published in The Conversation.

Media coverage of the campaign to change the law on upskirting and image-based sexual abuse includes, The New York Times; The Guardian; The Independent.