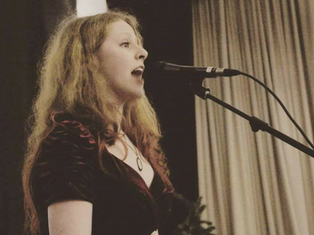 Durham University is using its historic theatre to expand its role in supporting local artists.

The University’s Assembly Rooms Theatre is hosting a series of artists in residence, who will use the 150-year-old venue as a base to develop their work.

The partnership is part of the North East Artist Development Network and comes ahead of the Assembly Rooms Theatre undergoing a £2.4 million refurbishment, which will begin in August.

The Assembly Rooms Theatre’s first visiting artist is Beth O’Doherty, who is using producing a new children’s theatre production titled ‘So We March’.

Ms O’Doherty, from Jarrow, South Tyneside, North East England, has been rehearsing the show in the theatre this week (21-25 May, 2018).

It is hoped that ‘So We March’ will be performed at the Assembly Rooms for an audience of school children later this summer.

Adding to the cultural mix

Kate Barton, Head of Student Theatre at Durham University, said: “It is great to see the Assembly Rooms being used to support local artists in this way. This adds a further dimension to the theatre scene at Durham.

“Beth’s work is very exciting. I know it is going to be very popular with young people once it is completed. We are thrilled that she is developing it in our space.”

Further artists will take up residence at the Assembly Rooms over the coming months. The next week available is 16-20 July, 2018.

Artists can apply by emailing theatre.manager@durham.ac.uk, including details of what they want to use the space for and why. Applications close on Friday 8 June, 2018.

Beth O’Doherty graduated with a degree in Applied Theatre from Northumbria University in 2016.

Since then, she has worked as a director, facilitator and in stage management. Most recently she directed two works in the Hear Her Roar fresh writing event held in North Tyneside to celebrate International Women’s Day.

She is also working on a solo show for the Curious Festival, taking place in Pylewell Park, Hampshire, from 20-22 July, 2018.