Grammar schools could be damaging to social mobility 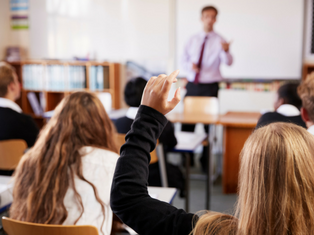 Grammar schools are no better or worse than non-selective state schools in terms of attainment, but can be damaging to social mobility, according to new research by Durham University.

The researchers say a policy of increasing selection within the schools system is dangerous for equality in society.

Instead, they are calling on the Government to phase out grammar schools as their analysis shows that grouping more able and privileged children in grammar schools can harm the majority of others who don’t attend those schools.

No more or less effective

The research is published in the British Journal of Sociology of Education.

Once these differences are accounted for, grammar school pupils attain about the same as equivalent pupils in the rest of the country.

Pupils at state comprehensive schools achieve very similar GCSE results overall regardless of whether they live in an area with grammar schools or not, according to the research (around 330 KS4 mean points for both selective areas and England overall for all pupils, and around 260 points for FSM pupils in both selective and non-selective areas).

This shows that the mere existence of grammar schools in an area does not seem to drive up standards or reduce the gap between FSM-eligible pupils and the rest.

* Percentage of pupils with a statement of special educational needs – 0.3 percent in grammar schools compared with 4 per cent in other maintained schools

Percentage of pupils from Chinese origin - 1.5 percent compared to 0.3 in other schools