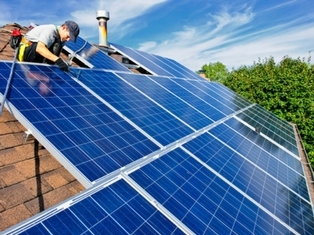 Durham University is to divest from companies involved in fossil fuel extraction, and has committed itself to becoming a major international partner in the development of green energy.

The decision to withdraw financial investments was taken by the University’s governing Council.

It follows a year-long Commission on Divestment from Companies Involved in Fossil Fuel Extraction, which reviewed divestment options and the impact divestment would have on the University’s finances and its ability to fulfil its charitable and strategic objectives.

The Commission was established following a proposal from Durham Students’ Union that the University withdraw its investments from companies involved in fossil fuel extraction. The Commission included student and staff members.

The Commission reached its recommendation – that the University should divest as soon as practicable – following full consultation with staff, students and alumni. Four out of every five respondents to this consultation supported divestment.

Professor David Cowling, Pro-Vice-Chancellor (Arts and Humanities) at Durham University, who led the Commission, said: “The decision to divest from companies involved in fossil fuel extraction is an important one for the University.

“It has been taken following full consultation, and I would like to thank all staff, students and alumni who shared their views on this issue.

“Durham is a world top 100 university, a research partner of international standing and a significant employer in North East England. We are committed not only to divestment, but to becoming a major partner in the future development of green energy.

“The University is proud to be home to the Durham Energy Institute, which is already a leading centre for energy research, and we look forward to building on this work in future.”

“This success shows the power that students and staff, working together, have to make our community more progressive and responsible. I’d like to pay tribute to the student leaders that have put considerable effort into this work, notably the Durham SU People and Planet Society.”

The decision to divest means that the University will look to end its investments in companies involved in fossil fuel extraction that are currently part of its overall investment portfolio. These currently total less than £1.5 million.

It also means in the event of the University finding itself in the position of having such an investment, for example as part of a bequest, its policy would be to sell this as quickly as is practicable.

The University has also decided that its divestment policy stance should, where possible, inform and guide research links through constructive engagement with companies involved in fossil fuel extraction so that the University can become a major partner in the future development of green energy.