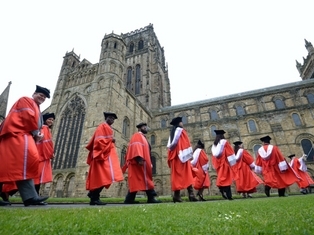 Durham University has been chosen to take part in a pilot which is looking at streamlining the process for international Masters students wanting to study in the UK.

The pilot, which is in its second year with the universities of Oxford, Cambridge, Bath and Imperial College London, streamlines the visa process for international students looking to study on a Masters’ course of 13 months or less in the UK.

It also provides greater support for students who wish to switch to a work visa and take up a graduate role, by allowing them to remain in the UK for six months after they have finished their course.

Universities taking part are given responsibility for eligibility checks, meaning that students applying for their visa can submit fewer documents than required in the current process alongside their visa applications. Applicants that do not meet immigration rules will be refused. All students will continue to require Home Office security and identity checks.

An extension of the pilot to an additional 23 universities including Durham was announced by the Immigration Minister today.

Immigration Minister Brandon Lewis said: “I am delighted to announce the expansion of this pilot which is part of our ongoing activity to ensure that our world-leading institutions remain highly competitive.

“The UK continues to be the second most popular destination for international students and the number coming to study at our universities has increased by 24% since 2010.

“This is a clear indication that genuine students are welcome and there is no limit on the number who can come to study in the UK.”

Professor Stuart Corbridge, Vice-Chancellor, Durham University, said: “At Durham University, there are 150 nationalities represented among our staff and students, and we value the diversity of experience our international students bring.

“We welcome the extension of this pilot and are very pleased to be chosen to take part.”

The 23 additional universities will be able to apply the pilot to their 2018/19 intake. The universities were selected as their visa refusal rates are consistently the lowest in their area or region.