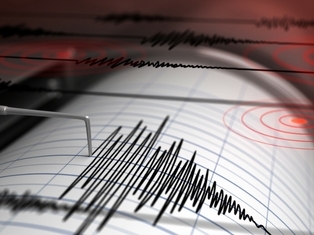 In a study led by Professor Gillian Foulger of the Department of Earth Sciences, and published in the journal Earth Science Reviews, researchers compiled a comprehensive record of over 700 earthquakes claimed to have been caused by human activity over the last 150 years.

The research team found that the number of reported cases, and the largest recorded strength of a human-induced earthquake, have both increased during this time.

The team’s work shows that the full extent of activities which may induce earthquakes is wider than generally appreciated.

Professor Foulger said: “Any human activity that influences or disrupts stress in the Earth’s crust even slightly can affect seismic activity.

“This can include a range of activities like mining, building dams or heavy buildings and extracting materials such as oil, gas or ground-water, as well as injecting materials into the Earth’s subsurface, for example waste water.”

As part of the project the records studied by the team have been brought together into an innovative new database called HiQuake, to help improve understanding of human induced seismic activity.

The research team, which also included experts from Newcastle University, found that the largest reported induced earthquake had increased with time from magnitude 6.3 in 1933 (in California) to magnitude 8 in 2008 (in China).

The study also found that the number of reported cases had increased greatly, most likely due to a combination of increasing numbers of large-scale industrial projects and improved monitoring.

The research team argues that management of the issue of induced earthquakes can be improved in the light of the new findings.

Professor Foulger said: “Just as there is no such thing as a free lunch, no societal benefit comes without a price.

“Large-scale industrial projects are vital but we need to ensure that public policy, engineering, preparation and outreach help to manage the risks associated.”

Furthermore, the study argues that as human induced earthquakes often happen in areas not normally subject to seismic activity, the local population and infrastructure may be underprepared.

In undertaking this research the team faced the challenge of significant under-reporting of induced earthquakes as well as variations in the strength of evidence for earthquake induction, which make it impossible to be 100 per cent sure that any quake is a direct result of human activity.

However, the study argues there are a number of unusual characteristics that are commonly reported for earthquakes believed to have been induced. These include an unusually shallow depth and occurrence along previously unknown faults.

The researchers suggest that improved understanding of these characteristics, and more experience of dealing with human induced earthquakes, could help lead to better mitigation and management.

Professor Foulger added: “If we know that human induced earthquakes can occur along previously unknown faults, there is the potential to reduce the hazard by undertaking extensive subsurface mapping before an industrial project begins.

“We also found that large earthquakes can occur even after operations have stopped, raising the question of whether, and for how long, seismic hazard mitigation measures should be continued after the end of a project.

“The challenge is how we could recognise success - whether our measures prevented an earthquake - as there can be no evidence for an earthquake that did not occur.”

The research was funded by the gas and oil exploration company Nederlandse Aardolie Maatschappij BV (NAM).