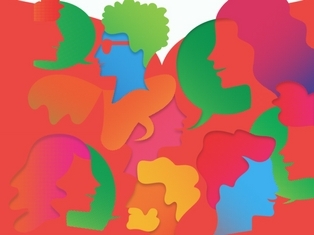 DURHAM University is playing a major part in this year’s Durham Book Festival, the exciting programme for which has just been announced.

The Festival is commissioned by Durham County Council and produced by New Writing North; and the University is a core funder alongside Arts Council England.

The University’s involvement includes sponsoring the Festival Laureate, a visiting creative writer, and hosting events and exhibitions. Many University researchers will also be speaking at the Festival, either about their own work or that of other authors and thinkers.

The Vice-Chancellor Professor Stuart Corbridge will chair a debate with David Goodhart, author of The Road to Somewhere, on political and moral identities.

Professor Corbridge said: “Durham University is a dedicated supporter of Durham Book Festival and the 2017 programme sees a bumper year for the University.

“We are proud of the cultural contribution we make to Durham and North East England, which also includes playing an important role in the Lumiere light festival, developing The Zurbarán Centre for Spanish and Latin American Art and working with Arts Council England on The Durham Commission on Creativity and Education. We look forward to the Festival getting underway. There is something for everyone.”

The 2017 Festival Laureate, sponsored by the University, is poet Andrew McMillan, whose debut collection Physical was the first poetry collection to win The Guardian First Book Award. He will be presenting a newly commissioned poem at the Festival, as well as working with young people from secondary schools in Durham and taking part in a special event for Durham University students.

He will also be introducing a number of emerging poets including Dr Vidyan Ravinthiran, recently at the Department of English Studies.

Watch a video of Andrew discussing this event.

Professor Simon James, from the Department of English Studies, will be chairing two discussions – with comedian Robert Webb about his new memoir How Not to Be a Boy and comedian John O’Farrell about his new memoir Things Can Only Get Worse, described as a rollercoaster ride through the last two decades of Labour.

Watch a video of Robert Webb introducing his memoir.

Watch a video of Thom Brooks giving a TEDx talk on British citizenship.

Professor Alec Ryrie, from the Department of Theology and Religion, will discuss his prize-winning book Being Protestant in Reformation Britain with Dr Margaret Masson, Principal of St Chad’s College; and Professor Charles Fernyhough, from the Department of Psychology and editor of Others, which celebrates how books and writing can help us to see the world as others see it, will discuss this new anthology and its themes with Durham-based poet Gillian Allnutt and author and journalist Will Storr.

Watch a video of Charles Fernyhough introducing Others.

In celebration of the 20th anniversary of the publication of Harry Potter and the Philosopher’s Stone, Dr Sarah Price, Head of Heritage Collections Education Team, will lead Inside the Archives: Witchcraft for Muggles, a chance to see, handle and discuss texts and documents relating to witchcraft from the archives and special collections of the University’s Palace Green Library.

Palace Green Library will host many of the Festival events and there will be two relating to upcoming Library exhibitions. Professor Michael O’Neill and Dr Jason Harding, both from the Department of English Studies, will discuss the influence of the medieval poet Dante Alighieri ahead of the exhibition Hell, Heaven and Hope: A Journey through life and the afterlife with Dante, which opens on Saturday 18 November 2017. The discussion will be chaired by Professor Annalisa Cipollone, from the School of Modern Languages and Cultures.

Dr Jamie Tehrani, from the Department of Anthropology, whose research includes the evolution of folk tales, will chair a discussion on the power of fairy tales, ahead of the exhibition Between Worlds: Folklore and Fairy Tales, which runs from Saturday 14 October, 2017 to Sunday 25 February, 2018.

Caroline Dower, Head of the University’s Counselling Service, will chair a debate on life writing in graphic novels and free copies of David Almond’s Half a Creature from the Sea will be distributed to staff and students as part of The Big Read initiative.