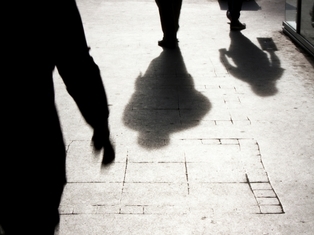 Britain had a secret ban on communists in government service from the 1920s to the 1940s and ran an extensive programme of covert surveillance of civil-service workers suspected of being communists, according to new research published in the journal American Historical Review.

The research, by Dr Jennifer Luff from Durham University’s Department of History, has found evidence of a wide-spread policy of surveillance and action against suspected communist workers in government dockyards, ordnance factories, and other industrial sites.

The findings have been drawn from government documents released to the UK National Archives and show that surveillance tactics such as mail interception and tailing were used to monitor industrial workers. Thousands of workers were affected, as the government employed about 125,000 industrial workers in the interwar years.

Many were denied employment, or removed, from the Civil Service as a result of the surveillance and their future employment may also have been inhibited.

Dr Jennifer Luff, Associate Professor of Modern American History, Durham University explains: “The scale of the surveillance programme undertaken by the British government was truly remarkable. At one point, MI5 were checking over 25,000 names a month and yet the British public knew nothing about this.

“Workers were monitored and blacklisted from government employment without the opportunity to see or challenge the evidence presented against them.”

Whilst the programme was successful in identifying and prosecuting some individuals for treason and espionage, the extent, nature and duration of the surveillance raised questions around civil liberties and privacy. The policy was kept secret by the government and repeatedly denied by Cabinet officials, including Prime Minister Stanley Baldwin.

Records show that workers were monitored for the smallest of reasons despite the fact that Communism was not illegal. Surveillance often lasted decades before concluding the targets were innocent.

There is also evidence that the British government monitored workers in private firms working under military contracts.

The covert nature of the anti-communist policy also meant there were variations in whether and how it was implemented.

Records released to date show the policy was not applied to the non-industrial Civil Service, or ‘black-coated workers’, which meant that double agents such as Donald Maclean and Guy Burgess, who were part of the famous ‘Cambridge Five’ spy ring, escaped scrutiny.

Rank-and-file employees working in areas such as the Post Office, Royal Naval dockyards, and munitions factories, on the other hand, were subject to sweeping surveillance.

Dr Luff said: “After the General Strike in June 1926 there was deep concern within the War Office and MI5 that Communists could infiltrate Britain’s ‘war machine.’

“The Cabinet took a secret decision that active Communists could be discharged without pension, and workers who merely subscribed to Communist beliefs should be removed through attrition.”

“Surveillance of workers and their families continued for years, and yet because this policy was never announced publicly, those affected would never know why they lost their job or were unable to gain future employment.”

Dr Luff’s research has found evidence that several government officials at the time objected to the policy on the grounds that communism was not illegal, that workers were not given the opportunity to give up their participation in the communist movement to retain their employment and that the policy was exerting a significant strain on investigative resources.

Reassessing UK and US political histories

The findings suggest that the British security regime during the inter-war years was not as tolerant as previously thought.

In light of her findings, Dr Luff suggests that historical understandings of British political policing during this time, and its comparisons with the approach America took, must now be revisited.

Dr Luff explains: “Until now Britain has been viewed as moderate and held up in contrast to the more open political repression, such as McCarthyism, that took place in the USA.

“However, these findings show that Britain was waging its own anti-communist political fight. Unlike America, this was done in secret.

“Understanding our histories helps inform current debate and clearly there is a need to better understand what has, until now, been an almost entirely unknown aspect of British political history.”