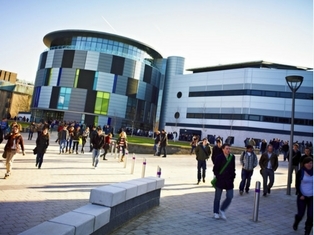 Durham University’s position among the world’s leading universities has been confirmed once more, with the publication of the Times Higher Education World Reputation Rankings 2017.

Durham is listed among the top 100 universities in the world, in the 91-100 bracket.

The THE World Reputation Rankings 2017 employs the world’s largest invitation-only academic opinion survey to provide a list of the top 100 most powerful university brands, based on the judgement of senior, published academics.

The announcement also follows the launch of the University Strategy, 2017-2027, which includes ambitious proposals to develop a step change in Durham’s international reputation.

Durham University is already home to 4,500 students from outside the UK and Durham students benefit from a wide range of opportunities to broaden their horizons, with over 240 student exchange agreements under the Erasmus+ and International Exchange Programmes.

The University Strategy, 2017-2027includes proposals to increase the number and proportion of non-UK students at Durham to 35% by 2027; build a robust and high value-added International Study Centre at Queen’s Campus, Stockton; internationalise the curricula of Durham degrees; develop partnerships with peer universities around the world; and establish a presence for the University in key global cities.

Commenting on the THE World Reputation Rankings, Professor Stuart Corbridge, Vice-Chancellor and Warden, Durham University, said: “This is a significant achievement for Durham, and comes towards the end of a very successful year for the University.

“Durham is a global university and we are proud of the diversity of our student and staff bodies and our international links.

“But we want to do better still. We want Durham to be a globally networked university, recognised around the world as an outstanding place to study and work and a significant contributor to international research and innovation agendas. We hope our University Strategy, 2017-2027 will help deliver these goals.”