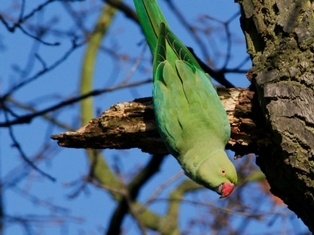 Islands and mainland coastal regions are the world’s hotspots for alien plant and animal species, according to new research.

An international team of researchers, led by Dr Wayne Dawson in Durham University’s Department of Biosciences, has provided the first global analysis of established alien species.

Their study is published in the journal Nature Ecology & Evolution.

The researchers say their findings show that more effective measures need to be put in place to prevent further introductions of invasive alien plants and animals into vulnerable ecosystems.

The top three hotspots with the highest numbers of established alien species were the Hawaiian Islands, New Zealand’s North Island and the Lesser Sunda Islands (Indonesia).

The Hawaiian Islands have high numbers of alien species in every one of the eight groups studied. These include guppies among fish (now globally widespread) and feral pigs among mammals.

New Zealand follows not far behind Hawaii with around half of its plant life consisting of established alien plants. Predatory mammals such as rats, cats and possums, have been a real problem for naïve native bird species which evolved without being used to land-based predators.

While not in the top three regions, the UK, and England in particular, still has more established alien plants and animals than many other global regions, according to the study.

These include parrots (the Indian rose-ringed parakeet, found across London), many plant species like Himalayan balsam (common along rivers and streams), mammals such as the grey squirrel (which has outcompeted the native red squirrel), and the noble false widow spider (introduced accidentally in cargoes of fruit).

Florida, in the USA, is the top hotspot among coastal mainland regions, with the Burmese python a well-known example of an invasive species among reptiles, while the state is also home to a large number of less well-known non-native ant species.

A region’s wealth, density of human population and, to a lesser extent, climate affected the number of established alien species, though these factors varied between species and from region to region, the study reported.

“Our research shows that, islands and mainland coastal regions contain higher numbers of established alien plants and animals, and this may be because these areas have major points of entry like ports.

“In general, regions that are wealthier, and where human populations are denser also have more alien species, but these effects are stronger for islands.

“More work is needed to understand whether these effects arise because more species are introduced to hotspot regions, or because human disturbance in these regions makes it easier for the newcomers to find vacant spaces and opportunities to thrive.”

Global efforts aimed at preventing the further introduction of alien plants and animals could be focussed on islands and coastal mainland regions, the researchers said.

Dr Dawson added: “While species have been moved around the globe throughout history, more and more species will be introduced as the world becomes ever more connected, and the human population continues to grow.

“Many of these incoming species are useful, and won’t establish and spread in their new homes, but some will, with varying levels of impact on resident species and ecosystems.

“The challenge for us is to understand what the consequences are of mixing up the world’s species in this way, to decide how to deal with this change, and what measures we can put in place to try and prevent further introductions to the most vulnerable regions.

“This includes bolstering biosecurity measures at major points of entry to detect stowaway species, as is already done to an impressive degree in New Zealand.

“It should also include careful vetting of species proposed for introduction to an area, as done by organisations such as the European and Mediterranean Plant Protection Organization (EPPO), to filter out those species that are risky in terms of their potential to establish and have negative impacts.”