Highest ever number of Durham subjects in world Top 50 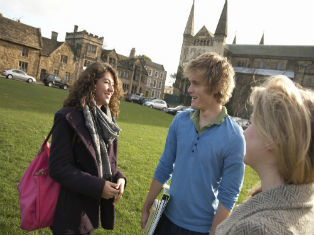 Durham University has achieved its highest ever number of subjects in the QS World University Subject Rankings 2017, with eight in the Top 50 and three in the Top 10.

Theology & Religion at Durham has been ranked third in the world, in the first year that QS has included rankings in this subject area. Archaeology has also increased its global ranking to fourth in the world, up one place on the previous year.

Geography at Durham maintains a position in the top 10, placed seventh in the world this year.

Anthropology, English, History, Law and Earth Sciences are all placed in the top 50 whilst a further six subjects are ranked in the top 100.

Durham University has had success in national league tables as well, being placed fourth in The Times and Sunday Times Good University Guide 2017 and sixth in the Guardian’s 2017 University League Table.

Responding to the success in the latest QS subject rankings, Durham University Vice-Chancellor Professor Stuart Corbridge said: “It is a wonderful achievement to have our highest ever number of subjects in the Top 50 of this respected international ranking.

“Durham is one of the world’s great universities and one of the most distinctive. Our new University Strategy includes ambitious proposals to ensure that we build on our strengths, to continue delivering world-class research, education and wider student experience.

“Our success in this ranking and other league tables is something the whole University can be proud of.”

The QS World University Subject Rankings, which are published annually, bring together the world’s top universities in a range of subject areas. The rankings are based on academic and employer reputation and research citations. To compile this year’s rankings QS evaluated 4,438 universities, qualified 3,098 and ranked 1,117 institutions in total. Over 127 million citations attributions were analysed and the provision of over 18,900 programs was verified.

Note: the QS subject rankings do not include Classics, a subject in which Durham is unquestionably very strong.