How liquid-repellent technology is changing our lives

A Durham University chemist whose research into water repellent coatings has been applied to millions of smartphones has been elected as a Fellow of the Royal Society.

Professor Jas Pal Badyal has received the honour in recognition of his pioneering research on the functionalisation of solid surfaces and use of nanolayers.

He is particularly interested in the application of his research for both the commercial market and to help those living in poverty.

His research has led to the development of innovative waterproof nanocoatings to protect a range of consumer goods and bioinspired technology to help collect fog for clean drinking water in developing countries.

Professor Badyal’s waterproof coatings technology was commercialised by British firm P2i Ltd and has gone on to protect over 3 million pairs of footwear, 100 million smartphones, and over 75 per cent of the world’s hearing aids.

Speaking about the Fellowship, Professor Badyal said: “I am honoured to have been elected a Fellow of the Royal Society in recognition of the wide range of novel surfaces invented in my research laboratory for societal and technological applications. These have included fog harvesting for clean drinking water in developing countries, antibacterial surfaces, and liquid repellency for the water protection of smartphones."

Three successful start-up companies have been set up to commercialise patented research from Professor Badyal’s laboratory including P2i Ltd which was awarded the 2015 International Business Award for ‘Most Innovative Company in Europe’.

Professor Mark Wilson, Head of the Department of Chemistry commented: "Congratulations to Jas Pal. This achievement demonstrates that Durham University has tremendous strength in Chemistry and reinforces our status as a leading Department within the UK."

The Fellowship of the Royal Society recognises leading scientists, engineers and technologists from or living and working in the UK and Commonwealth.

Venki Ramakrishnan, President of the Royal Society, said: “Science is a way of understanding both the world around us and ourselves.

“It is one of the great triumphs of human achievement and has contributed hugely to our prosperity and health.

“Science will continue to play a crucial role as we tackle some of the great challenges of our time including food, energy, health and the environment. The scientists elected to the Fellowship are leaders who have advanced their fields through their ground breaking work. We are delighted to welcome them to the Royal Society.” 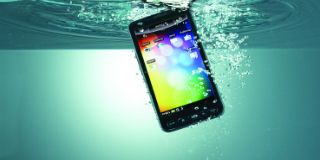