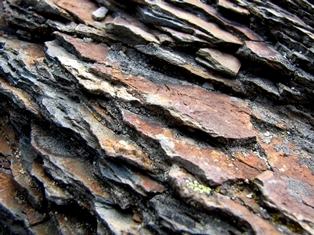 The decision by Lancashire County Council not to allow test drilling for fracking indicates that there is public uncertainty about onshore exploration and especially shale gas, a Durham University expert says.

Professor Andy Aplin, Director of the Centre for Research in Earth Energy Systems (CeREES), Durham University, was commenting after councillors rejected a proposal by energy firm Cuadrilla to test drill at Little Plumpton in Lancashire.

A second proposal to test drill at Roseacre Wood in Lancashire was previously rejected by councillors because of concerns about the impact on traffic.

Professor Aplin, who is also Professor of Unconventional Petroleum, in the Department of Earth Sciences, at Durham University, said:

“Lancashire County Council’s decision to reject test fracking at Little Plumpton is rather surprising since it was recommended for approval after a long period of consultation. Given the national and even international focus of this decision, I can sympathise with the Councillors, who must have felt under intense pressure. We can expect a legal challenge and it is possible that a final decision might have to be made by the Secretary of State.

“A key report by the Royal Society and the Royal Academy of Engineering stated that fracking was safe as long as wells were drilled according to strict practices and that monitoring took place to detect changes in both seismic activity and groundwater quality. This is what was being proposed in Lancashire. Baseline surveys for groundwater quality and background seismic activity would have been made, so that any changes resulting from the drilling and fracking process could be quantified. These are key data for future decisions about the development of a shale gas industry.

“The context is that 70 per cent of the UK’s primary energy comes from oil and gas and we are likely to import 75 per cent by 2020. Without wells, we can only speculate about whether this shortfall might be met by UK shale gas.

“However, for shale to make a significant change in the trend in import dependence would require thousands of wells to be drilled from hundreds of sites across northern England. Even then, we are probably only talking about 10 years of UK gas consumption.

“Longer term, it may be possible to use abandoned shale gas wells for carbon-free geothermal energy, extending the useful life of wells for decades.”