Unemployment ‘being rebranded as a psychological disorder’ 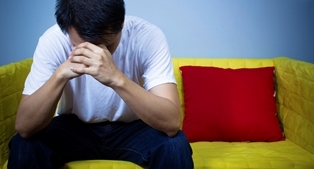 Unemployment is being rebranded as a psychological disorder, according to a new analysis involving researchers from Durham University and Birkbeck, University of London

The study shows that an increasing range of interventions are being introduced to promote a ‘positive’ psychological outlook or leave claimants of welfare to face sanctions.

The research is the first piece of work to be published by Hubbub, a research collective from Durham University supported by the Wellcome Trust.

It suggests that psycho-policy’ interventions in Government workfare programmes - mandatory unpaid labour under the threat of benefit sanctions – are coercive and punitive.

Ill-defined and flawed concepts such as 'lack of motivation' and 'psychological resistance to work' are being used to allocate claimants to more or less arduous workfare regimes, the paper argues.

The team asked people to given written accounts of their lived experience of workfare which showed the impact of psychological coercion, including unsolicited emails extolling 'positive thinking' to 'change your attitude' exercises. People looking for work said they frequently perceived such interventions as relentless, humiliating and meaningless.

Dr Lynne Friedli, co-author of the paper and researcher with Hubbub, said: “Claimants’ ‘attitude to work’ is becoming a basis for deciding who is entitled to social security – it is no longer what you must do to get a job, but how you have to think and feel. This makes the Government’s proposal to locate psychologists in job centres particularly worrying.

“By repackaging unemployment as a psychological problem, attention is diverted from the realities of the UK job market and any subsequent insecurities and inequalities it produces.”

The paper, published in a special edition of BMJ Medical Humanities, is the first publication from Hubbub, a research collective from Durham University and the inaugural residents of the Hub at Wellcome Collection. Hubbub is supported by the Wellcome Trust to conduct a large-scale interdisciplinary research project around the health impacts of busy-ness and rest.

Dr Felicity Callard, director of Hubbub and a member of the Centre for Medical Humanities at Durham University, said: “Hubbub is investigating the ways in which health is affected by how people experience rest and busy-ness. This paper highlights the busy-ness – what you have to do and be – of unemployment for those claiming benefits, and raises uncomfortable, and very important, questions about who is and is not entitled to mental and bodily rest.”

Robert Stearn, from the Department of English and Humanities at Birkbeck, University of London, added: “Methods drawn from psychology are being used to redefine the aims of workfare. Job Centres and welfare-to-work businesses demand that the only emotions claimants have are employable ones. At the same time, the expected outcome of a forced, unpaid work placement has become just ‘a positive change in attitudes to work’.

“Punitive benefit sanctions underwrite these uses of psychology. But the damage done to people is ignored, by both government-contracted positive psychology courses and the professional bodies that represent psychology.”

Dan O’Connor, Head of Humanities and Social Science at the Wellcome Trust, added: “Friedli and Stearn’s work sharply demonstrates the profound importance of social science and social theory in understanding how seemingly benign policies can negatively impact health. It’s clear from this research that far from improving people’s lives, the focus on ‘improving attitudes’ is actually detrimental to people’s mental health.

“It blames them, not the conditions of the UK job market, for their unemployment. This is precisely the sort of rigorous health-related social science research we as a society need to do in order to ensure that our policies are evidence-led, and not inspired by punitive ideologies.”

Listen to a podcast about the research.