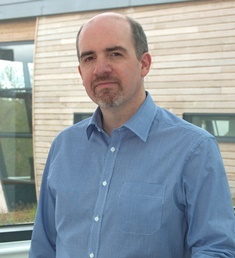 The Government must provide urgent funding to help reduce the impact of migration on public services, according to a Durham University expert.

Professor Thom Brooks, in Durham Law School, called for the return of the Migration Impacts Fund launched in 2009, which was discontinued by the Coalition Government after the 2010 general election.

He made his call in a research briefing ahead publication by Government of the UK’s quarterly and annual immigration statistics.

The Migration Impacts Fund was self-financed by introducing a £50 levy on immigration application fees.

Professor Brooks, who is a Professor of Law and Government as well as a Labour Party member, said: “The Migration Impacts Fund helped support about £70m over two years. It was neither funded by taxpayers or the European Union and it provided an invaluable source of new funding to reduce migration-related pressures on local services, covering a range of programmes including English language training, extra support teachers and improving emergency services.

“The Coalition Government stopped support for the fund because it found it ‘ineffective’ (1), but did not replace it with an alternative. The extra income generated was diverted to other Government spending programmes.

“The problem is that the Government is now forced to find money elsewhere.”

In his research briefing, Professor Brooks claims an extra £11.7m could be created by a new £25 levy on immigration applications that could be used to support efforts to reduce migration-related impact.

“This forced the Government to provide new funding to reduce unnecessary strain on local public services. The problem can be avoided by relaunching a fund that should have never been scrapped.

“A small levy on application fees could raise new funding to provide urgent support without increasing costs for hard working taxpayers and improving public services for all.”