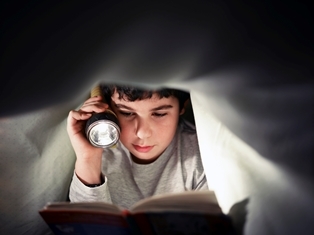 A low-cost scheme has been found to significantly improve the reading ability of year 7 pupils, according to research carried out by Durham University.

The randomised controlled trial of Accelerated Reader, funded by the Education Endowment Foundation (EEF) and led by the schools themselves, involved pupils at the start of year 7 who had not achieved Level 4 in their primary results for English.

The software assesses pupils’ reading ability and suggests books to match their reading age and interests. Its purpose is to foster the habit of independent reading for pleasure amongst the children.

At a cost of just £9 per pupil, the findings show that Accelerated Reader could be a cost-effective method of improving the reading ability of weaker and low-income pupils at the transition from primary to secondary school.

Lead researcher on the evaluation of Accelerated Reader, Professor Stephen Gorard from Durham University’s School of Education, said: “The schools did very well to conduct this trial. The results are secure, with very little lost data. The study shows that poorer children can catch up with their peers as long as the right choices are made by schools.”

The Accelerated Reader report is part of a group of reports published by the EEF today which add to the EEF’s growing source of independent evidence to help schools narrow the attainment gap between rich and poor pupils.

The outcomes of five different trials involving a phonics component are also published today. They highlight that some methods of phonics tuition can have a positive effect on the reading age and literacy skills of both primary and secondary school pupils.

One such trial, called Fresh Start, was evaluated by the same team of academics within Durham’s School of Education – Professor Stephen Gorard, Dr Nadia Siddiqui and Dr Beng Huat See.

This literacy catch-up intervention for pupils at risk of falling behind in early secondary school, improved the reading level of pupils by an additional three months. This trial focused on a systematic and rigorous approach to phonics practice, taught to small groups of pupils. It shows that there are a number of viable choices for literacy interventions for schools, including others such as Switch-on.

Some of the trials of phonics programmes had a lower impact on literacy skills, suggesting that careful implementation is necessary if programmes are to have a positive impact on pupil attainment.

The report demonstrates the potential of using evidence-informed practices to inform teaching. The results will inform the Teaching and Learning Toolkit developed by the Sutton Trust, EEF and Durham University, which more than 45 per cent of school leaders already use to decide how best to spend their pupil premium funding for disadvantaged pupils.

Sir Peter Lampl, Chairman of the Sutton Trust and Education Endowment Foundation, said: “Since its formation, the Education Endowment Foundation has been committed to breaking the link between family income and educational achievement through trialling programmes which are rigorously evaluated. Today’s reports add to a growing body of evidence and a much-valued resource that school leaders can draw on to improve the educational achievement of our most disadvantaged pupils.”