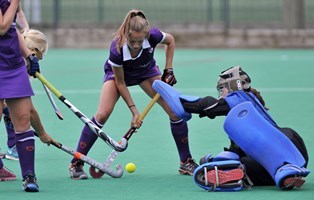 Durham University has been named as the Times and Sunday Times Sports University of the Year 2015 in recognition of outstanding performance in both the research and teaching of sport and for student and community participation in sport at all levels.

The University counts many Olympic medallists and international sporting stars among its graduates and recently invested £12m in sporting facilities at its Durham and Stockton campuses.

Team Durham has 52 university clubs and has been ranked second in the British Universities and Colleges Sport (BUCS) Championship league table for the third year in succession.

The University has one of the highest rates of sports participation in the country. Over 90 per cent of students play a range of sports at all levels, from elite performance programmes to college teams and non-competitive recreational activities. Durham’s 16 colleges have over 500 teams across 18 different sports.

The University also has an extensive community sports outreach programme. On the international stage, Team Durham will be celebrating a ten-year partnership with Sport in Action Zambia in 2015 whilst there are over 40 sport outreach programmes involving 200 student volunteers taking place both locally and regionally on an annual basis.

Professor David Eccles, head of the Sport, Exercise and Physical Activity degree programme, said: “This accolade reflects the opportunity for students to simultaneously study for a sport-related degree taught by world-class researchers, participate and excel in sport supported by an effective university sport programme, and contribute to society by engaging in sport outreach activities organised by the University's students.”

Recent research by BUCS showed the current average salary of graduates who engaged with sport at university to be £32,552, compared with £26,728 for those who did not.

Quentin Sloper, Head of Sport, Music and Drama, said: “The learning environment at Durham is truly distinctive and very few universities combine academic and sporting excellence more seamlessly, successfully and consistently. We know, from experience, that what takes place outside of the classroom is as valuable to our students’ development as what happens inside the lecture theatre, laboratory and seminar room.

“Sport, alongside music, theatre, volunteering and many other extra-curricular activities helps our students develop important life skills such as teamwork, communication and leadership and there is strong evidence that this enhances employability and earning potential.”

Durham was ranked 25th globally for employer reputation with regard to the quality of, and international demand for, its graduates following a survey of 27,900 blue-chip employers world-wide in this year’s QS World University Rankings.

What did sport at Durham University do for you? Send us your thoughts, pictures and videos by tweeting @durham_uni using #myDUsport or comment on our Facebook page

Watch this short film to find out what happens at Durham that has led to us winning this award.