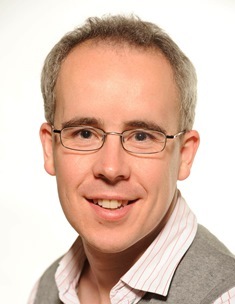 Big brains do not explain why only humans use sophisticated language, according to researchers who have discovered that even a species of pond life communicates by similar methods.

Dr Thom Scott-Phillips of Durham University's Department of Anthropology, led research into Pseudomonas aeruginosa, a type of bacteria common in water and soil, which showed that they communicated in a way that was previously thought to be unique to humans and perhaps some other primates.

The bacteria used combinatorial communication, in which two signals are used together to achieve an effect that is different to the sum of the effects of the component parts. This is common in human language. For example, when we hear ‘boathouse’, we do not think of boats and houses independently, but of something different – a boathouse.

This type of communication had never been observed in species other than humans and some other primates, until colonies of Pseudomonas aeruginosa were shown to be using the same technique – not, of course, with spoken words but with chemical messengers sent to each other that signalled when to produce certain proteins necessary for the bacteria’s survival.

By blocking one signal, then the other, the researchers showed if both signals were sent separately, the effect on protein production was different from both signals being sent together.

Dr Scott-Phillips, a research fellow in evolutionary anthropology at Durham University, conducted the research in collaboration with a team of experts in bacteriology from the universities of Nottingham and Edinburgh.

He commented: “We conducted an experiment on bacterial communication, and found that they communicate in a way that was previously thought to be unique to humans and perhaps some other primates.

“This has serious implications for our understanding of the origins of human communication and language. In particular, it shows that we can not assume that combining signals together is unique to the primate lineage.”

The research was funded by the Natural Environment Research Council and the Leverhulme Trust. The findings are published today in the scientific journal PLOS ONE.