Research shows that well leakage is an issue for shale exploitation 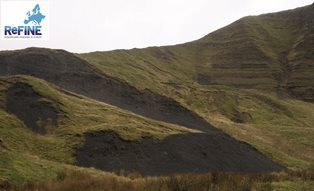 The key findings are:

Published in Marine and Petroleum Geology following a peer review process, the study entitled “Oil and Gas Wells and Their Integrity: Implications for Shale and Unconventional Resource Exploitation” is authored by academics from Durham University (UK), Duke University (USA) and the British Geological Survey.

Through its analysis drawing on a variety of datasets, ReFINE has undertaken one of the most comprehensive studies of its kind on the topic of well barrier and well integrity failure. The paper also sought to determine the categorisation of wells (e.g. production, abandoned, idle, and orphaned) and to review statistics on the number of wells that are known to have had some form of well barrier or well integrity failure.

ReFINE also looked at 25 other datasets from published and online sources that report well barrier and well integrity failure [see Notes to Editors (3)]. These datasets were from eight countries published between 1989 and 2013 on onshore and offshore wells drilled in the last 100 years. The datasets vary considerably in terms of the number of wells examined, their age and designs. As such, the percentage of wells published in the 25 datasets that have some form of well barrier or well integrity failure is highly variable, between 1.9% and 75%.

ReFINE also found that up to 53% of the 2,152 hydrocarbon wells which were drilled onshore in the UK between 1902 and 2013 were drilled by companies that no longer exist, or have been taken over or merged.

The paper also made recommendations relevant to future shale exploitation that should be considered for implementation across Europe. These include:

Professor Richard Davies, of Durham University and ReFINE Project Leader, said:“The findings of this research confirm that well barrier failure and well integrity failure in hydrocarbon wells is an issue and that publicly available data in Europe on this seems to be sparse. The data from the monitoring of active wells and the carrying out of periodic surveys of abandoned wells would help assess the impact of shale exploitation and it is important that the public should have access to this information.”