Living near large areas of brownfield land can damage health 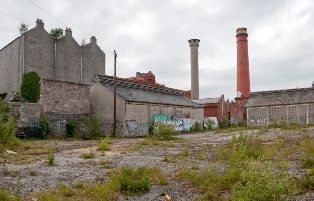 People living near brownfield sites are significantly more likely to suffer from poor health than those living in areas with little or no brownfield land, according to new geographical research.

The findings by Durham University suggest that the regeneration of brownfield land should be considered as a policy priority for Local Authority public health teams.

The research – the first to examine the link between brownfield land and health in England – shows that brownfield sites could be a potentially important and previously overlooked environmental influence on health.

Brownfield land is previously used or derelict land that may have real or perceived contamination problems and that requires intervention to bring it back into productive use. The Homes and Communities Agency estimates that there is around 62,000 hectares of brownfield land in England alone.

Durham University researchers found that local communities with large amounts of brownfield land in England had poorer health outcomes, including limiting long term illness. Electoral wards with large areas of brownfield generally had worse health compared to those with no brownfield or only small amounts.

While the hazardous effects of brownfield land with contaminants are well known, researchers suggest that, regardless of contamination, brownfield could have wider negative impacts on the general health of communities. They say further research is needed to find out which health effects play the greatest role.

The research is published in the academic journal Environment and Planning A.

Professor Clare Bambra, lead author of the study from Durham’s Department of Geography, said: “Our study shows that local authorities and central government need to prioritise the remediation and regeneration of brownfield land to protect the health of communities.”

Co-author of the study Dr Karen Johnson, from Durham University’s School of Engineering and Computing Sciences and Institute of Hazard, Risk and Resilience said: “Brownfield has potential negative impacts on people’s sense of wellbeing and this could be psychological or toxicological, or both.

“Roosevelt said that ‘a nation that destroys its soils destroys itself’ and I agree. Land is important to us and it comes as no surprise that brownfield has a negative effect on people’s health.”

The study used data on brownfield land from the 2009 National Land Use Database, which encompasses around 72 per cent of previously developed land across England. Health data for the study was taken from the 2001 English Census, and data on premature death was used from the Office for National Statistics from 1998-2003.

The brownfield and health data were mapped onto ward-level data to calculate the percentage of brownfield land within each ward.

Co-author Dr Steve Robertson of the School of Engineering and Computing Sciences and Institute of Hazard, Risk and Resilience at Durham, said: “Our results suggest that brownfield land poses a problem for public health, but further research is needed to tell which health effects are most important in order to develop the most appropriate solutions.”