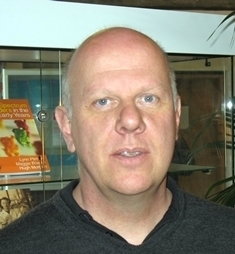 Immigration and the recession have combined to reduce the levels of race and class segregation between English schools sharply in recent years, according to new research by Durham University.

The rising numbers of people falling into economic hardship since 2008 has meant that pupils eligible for and claiming free school meals have become more evenly distributed across England’s school system, while a similar process has occurred with regard to children from minority ethnic groups.

In addition, the policy of trying to educate more children with special educational needs in mainstream schools has helped reduce the degree to which schools differ in the proportions of SEN pupils they educate.

Professor Stephen Gorard, from the School of Education at Durham University, who led the research, said: “England appears to suffer from a ‘stubborn’ underlying level of segregation for any indicator of disadvantage.

“Successive governments’ attempts to increase the number of types of school available to parents seem to be contributing to what segregation there is, as areas of England with many varieties of institution – from academies to faith schools and grammars – tend to be more segregated than those with greater proportions of community primary schools and “bog standard” comprehensives.”

Professor Gorard with colleagues at the University of Birmingham constructed several separate indexes of segregation. These were used to assess the degree to which England’s primary and secondary schools varied in the proportion of pupils they educated who claimed or were known to be eligible for free school meals; came from a minority ethnic group; spoke English as a second language; or had special educational needs.

Data from the national school census, covering all schools in England, over the years 1989 to 2011, were used, but the analysis excluded private (fee-charging) schools.

The analysis found that levels of segregation by income disadvantage – the degree to which schools differed in the proportions of free school meal pupils they educated – fell during the period 1989 to 1993, then rose to the early 2000s before levelling off and, from 2008, falling quite sharply again.

In a new finding, largely successful schools which have been allowed to convert to academy status since 2010 under the coalition were found to have much lower rates of children eligible for free school meals than the national average, with large numbers of such schools in a local authority tending to be associated with higher levels of segregation. The same was true in relation to grammar schools.

Professor Gorard said: “The way education policy-makers could reduce segregation – including income-related segregation – is to try to reduce diversity in the range of schools on offer to parents.

“If you want less segregation, do not have different types of school.”