One in five UK NHS staff report bullying by colleagues 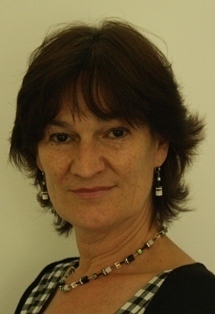 One in five UK NHS staff report bullying by colleagues, with almost half saying they have witnessed bullying, in the past six months, indicates research led by Durham University.

Managers are the most common source of bullying, with workload pressures and organisational culture contributory factors, the study, published in the online journal BMJ Open, reveals.

The findings are based on the responses of almost 3,000 NHS staff (46 per cent response rate) to a validated questionnaire (NAQ-R), designed to tease out exposure to negative and bullying behaviours. The 12 item General Health Questionnaire (GHQ-12) was also included to assess the impact of bullying on psychological distress.

All types of staff were represented, but the largest proportion of respondents were drawn from support staff, trainee doctors and dentists, healthcare assistants and nurses caring for adults.

The research was led by Durham’s Centre for Medical Education Research, School of Medicine, Pharmacy and Health and the Principal Investigator was Professor Jan Illing.

The researchers found that one in five (19.9 per cent) of respondents had been bullied by colleagues within the past six months, ranging in frequency from rarely to daily. Medical and dental staff reported the highest levels of bullying (23 per cent).

Many more (43 per cent) had witnessed other staff being bullied at work at least now and then in the preceding six months, with one in 20 (five per cent) witnessing it weekly or daily.

The most commonly reported behaviours were unmanageable workloads; withholding key information; public humiliation; being deliberately ignored; and being shouted at or the target of an angry outburst.

Over two thirds of respondents (69 per cent) had experienced at least one such behaviour over the past six months, while almost one in five (18 per cent) had had to endure this on a daily or weekly basis.

Men, and those with disabilities, experienced higher levels of negative behaviours, overall.

Only between 2.7 per cent and 14 per cent of staff reported bullying to someone in authority. The most frequently cited deterrents to reporting a bullying incident included disbelief that anything would change/lack of action by managers; fear of being seen as a trouble-maker; the seniority of the bully; and concern that it would make matters worse.

Exposure to bullying was associated with psychological distress, as measured by the GHQ-12 survey. It was also associated with lower job satisfaction and increased stated intentions to look for work elsewhere.

The authors, also including researchers at Northumbria University and the Northern Deanery, point out that the evidence shows that bullying can have serious repercussions on physical and mental health, and previous research has linked it with a higher risk of error and poorer performance, both of which can affect patient care. Bullying in UK organisations is estimated to cost £13.75 billion a year.

They conclude: “…In UK healthcare, workplace bullying remains a significant issue with far-reaching consequences for the healthcare workforce,” and add that the recent Francis report into failings at Mid-Staffordshire NHS Foundation Trust highlighted the contributory role of a bullying culture to poor practice.

* The paper is also available via Durham Research Online.