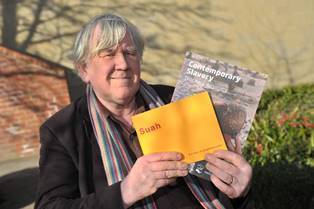 Monitoring for severe labour exploitation is generally weak and needs to be strengthened, according to a new report published today.

Until recently, forced labour was widely understood to be an issue of little relevance to the UK, but the collaborative report led by Durham, Bristol and Dundee universities finds that although it is hidden, the practice is a significant and growing problem. There is also growing evidence that the numbers of those trafficked for labour exploitation will exceed those trafficked for sexual exploitation.

Funded by the Joseph Rowntree Foundation, the three year study Forced Labour in the United Kingdom brings together what is known about forced labour in the UK, the legal, policy and regulatory frameworks, with proposals for change.

Lead author at Durham University, Gary Craig, Professor of Community Development and Social Justice, and his fellow authors are concerned that workplace enforcement agencies are now doing fewer inspections, becoming focussed on only the most serious offences rather than tackling all types of serious labour exploitation.

According to the report, a strategic approach is needed to tackle forced labour, ensuring that sectors and areas where workers are most vulnerable are targeted. There needs to be formal and transparent monitoring of the scope and nature of forced labour across the UK via Government and Parliamentary arrangements, the report said.

Criminal activity of this nature is difficult to monitor, but conservative estimates are that there are currently at least several thousand cases of forced labour in the UK and 880, 000 across the European Union.

The definitions and links between forced labour, human trafficking, slavery and exploitation can be confusing. However, they all require effective criminal justice and workplace rights interventions and should not simply be reduced to an immigration issue, the researchers say.

“Workers experiencing forced labour are brought to the UK in a variety of ways. Some of them are smuggled into the country, some are asylum seekers and others are trafficked. Many however are here legally and fall into forced labour situations because of coercion, deceit and manipulation. In many cases, they are given contracts that they do not understand, the gangmasters withhold their passports and documents making it very difficult for them to escape, and put them heavily into debt which they can never repay.

“In addition, they are under the belief that they are working legally, but in fact no income tax or national insurance is being paid as the gangmasters keep it for themselves.

“Many of these workers live in accommodation, often very poor quality, provided by the gangmaster. It is not unusual for men and women to share rooms and have a ‘hotbed’ arrangement where night workers use the same beds that the dayworkers have slept in.

“The people are extremely vulnerable, their livelihood and accommodation is provided by their gangmaster and they are genuinely terrified of them.”