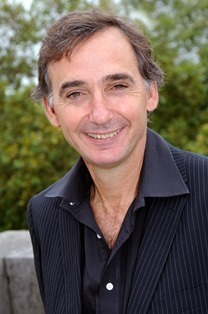 New research has found that wherever malaria occurs, the poorest children within the world’s most impoverished communities are twice as likely to contract malaria than the least poor.

The findings of the study, led by Durham University and published in the Lancet, suggest that poverty alleviation will protect children from malaria.

Half the world’s population is at risk from malaria. A review of studies from different locations across the world with risk factors for the disease showed clearly that in these impoverished communities, the risk of malaria was doubled in the poorest children compared with the least poor.

The interdisciplinary team of health and international development researchers involved colleagues at the London School of Hygiene & Tropical Medicine.

They considered how aspects of development, such as improved house construction, could complement existing interventions such as insecticide-treated bednets or spraying insecticide on the walls of houses.

Funding from the project came from the UK government’s Department for International Development (DIFD). The team of researchers looked at the relationship between malaria and socio-economic status (SES) in children aged 15 and under.

A widely cited example suggests that a 10 per cent reduction in malaria is associated with 0.3 per cent growth in Gross Domestic Product in sub-Saharan Africa.

Steve Lindsay, Professor in the School of Biological and Biomedical Sciences, at Durham University said:

“There has long been an association between poverty and malaria, but here we clearly demonstrate that in impoverished communities it is the poorest who suffer most, irrespective of where they live in the world.

“The fact that the chances of contracting the disease are so much higher among the poorest of the poor compared with the least poor is really quite startling.

“Wealth is positively associated with other factors known to be beneficial in combating the disease, including better educated parents, greater quality of housing, better access to treated bednets and antimalarials and improved nutritional status of children.

“Malaria and poverty therefore constitute a vicious cycle for the poorest households, exacerbating variation in health and wealth.”

Although there has been a significant reduction in the instances of the disease globally over the last ten years, malaria remains one of the most significant global public health problems. According to the World Health Organisation, there were about 219 million cases of malaria in 2010 and an estimated 660,000 deaths. Africa is the most affected continent: about 90 per cent of all malaria deaths occur there.