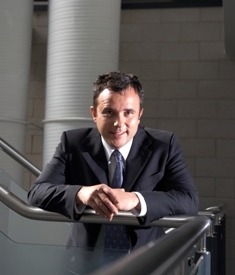 A new study of hundreds of thousands of hydraulic fracturing (or “fracking”) operations has found that the process has only caused earth tremors that could be felt on the surface in three cases.

Hydraulic fracturing is the method by which sedimentary rock is deliberately cracked to recover oil and gas, including shale gas.

The research, led by Durham University and entitled “Induced Seismicity and the Hydraulic Fracturing of Low Permeability Sedimentary Rocks” found that almost all of the resultant seismic activity was on such a small scale that only geoscientists would be able to detect it. Furthermore, it was discovered that the size and number of felt earthquakes caused by fracking is low compared to other manmade triggers such as mining, geothermal activity or reservoir water storage.

But the study also established beyond doubt that fracking has the potential to reactivate dormant faults and described the probable ways in which the pumping of fracking fluid underground triggers this.

“We have examined not just fracking-related occurrences but all induced earthquakes - that is, those caused by human activity - since 1929. It is worth bearing in mind that other industrial-scale processes can trigger earthquakes including mining, filling reservoirs with water and the production of oil and gas. Even one of our cleanest forms of energy, geothermal, has some form in this respect.

“In almost all cases, the seismic events caused by hydraulic fracturing have been undetectable other than by geoscientists. It is also low compared to other manmade triggers. Earthquakes caused by mining can range from a magnitude of 1.6 to 5.6, reservoir-filling from 2.0 to 7.9 and waste disposal from 2.0 to 5.7.

“By comparison, most fracking-related events release a negligible amount of energy roughly equivalent to or even less than someone jumping off a ladder onto the floor. Of the three fracking-related quakes that could be felt, even the largest ever, in the Horn River Basin in Canada in 2011 had a magnitude of only 3.8. That is at the lower end of the range that could be felt by people. The widely-reported quake at Preese Hall near Blackpool in 2011 had a magnitude of 2.3.

“So we have concluded that hydraulic fracturing is not a significant mechanism for inducing felt earthquakes. It is extremely unlikely that any of us will ever be able to feel an earthquake caused by fracking. But theoretically, it cannot be ruled out completely; we cannot see every fault underground and therefore cannot completely discount the possibility of the process causing a small felt earthquake. But there are ways to further mitigate against the possibility; the oil and gas industry can avoid faults that are critically stressed and already near breaking point. We hope our analysis can help provide important context and inform the current debate on this.”

This research was funded by Durham University and Keele University.