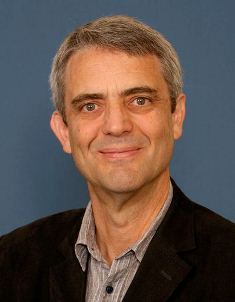 A widespread badger cull will not solve the problem of tuberculosis in cattle, according to new research by Durham University. But the study says that it may play a part in controlling infection levels in problem hotspots in the UK.

It has been claimed that controlling badger numbers would reduce the spread of TB in cattle and a cull is due to begin this summer. But Professor Peter Atkins, from the Institute of Hazard, Risk and Resilience has investigated the spread of bovine Tuberculosis (bTB) in new research and believes this is too simplistic.

The study is published in the Journal of Epidemiology and Infection.

Prof Atkins said: “Badgers almost certainly play a part in spreading the disease, but my conclusion is that their impact over the decades has been far less than suggested. Very carefully arranged culling may have a part to play alongside other measures in areas of particular prevalence such as South West England and South Wales, but my research suggests that extending the policy elsewhere may neither be justified nor particularly effective. It certainly won’t be a panacea.

“bTB has been around for several hundred years and appears to have become more prevalent here in the UK because of the intensive cattle breeding and farming from the 18th century onwards. It is an airborne infection generally, so if cattle were confined without much ventilation, the disease inevitably spread. We think the peak of bTB probably was in the middle or late 19th century, with perhaps as much as 80 percent of cattle then infected in some counties.”

After World War II, bTB fell dramatically because of a policy of slaughtering all cattle that tested positive and herds were free of the condition by 1960.

Professor Atkins continued: “It is very probable that other animals did and do carry TB including badgers and deer, but cattle-to-cattle transfer is likely also to be an important factor. For example, only one out of nearly 400 badgers killed in road accidents in Cheshire over two decades tested for the disease turned out to be positive. This goes against received wisdom that bTB would have stayed in badgers which obviously weren’t culled when the cattle were in previous decades and they then reinfected cattle stocks. But this interspecies transference seems unlikely to have occurred on the necessary scale.

“Furthermore, no one has yet proved definitively which direction the infection travels between species. The Randomised Badger Culling Trial, which ran from 1998-2006 indicated complex, interwoven patterns of infection and concluded badger culling was unlikely to be effective for the future control of bTB.”

Professor Atkins believes bTB in badgers is a spillover disease from cattle rather than an endemic condition and probably does not persist over lengthy periods. He contends that a cull could even exacerbate the problem:

“When badgers are disturbed, they seem to perceive they are being attacked and move from their original area by a kilometre or more and join other badger groups, which spreads the disease.”

Prof Atkins believes that, following 2001’s foot and mouth crisis, different parts of the country were restocked with cattle from the southwest, a traditional breeding area and that this has been a factor in the spread of bTB to regions that had previously had low incidence of it.

A likely solution to the problem may lie in vaccination, unfortunately inoculating cattle for TB is forbidden by EU rules as it would render testing for the disease as ineffective, because all vaccinated cattle would test positive for it. The search for an adequate TB vaccine for cattle continues, but badgers can be vaccinated now to help prevent the spread of TB as an alternative to culling.

Professor Atkins has concluded that the government should take a more comprehensive approach to controlling TB:

“The assumption that badgers are always responsible for this disease in cattle has to be reviewed. If our analysis showing the lack of disease persistence in medium and low density badger populations is correct, the improvement of cattle controls including improved testing, tighter movement controls and, eventually, a useable vaccine should be enough to halt the spread. We should continue to investigate, and cooperate with farmers over this problem.”