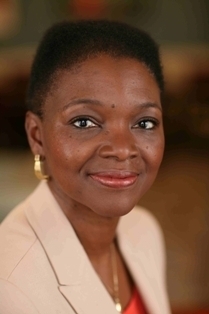 Durham’s Chancellor, world-renowned opera singer Sir Thomas Allen, will present honorary degrees to prominent figures in their fields who have close links with the University.

Baroness Amos was nominated by Professor Lena Dominelli, from Durham University’s School of Applied Social Sciences (SASS), who first met her when they were both community development workers in the West Midlands in the early 1980s.

“Valerie is an outstanding individual who has contributed to the development of cohesive societies, championing human rights and social justice for women and minority ethnic groups in the UK and across the world,” said Professor Dominelli.

“She has worked her way to the top from humble beginnings and provides an inspirational role model for staff and students affiliated to Durham University.”

Professor Huw Beynon, who will be awarded an honorary Doctor of Letters, is a distinguished industrial sociologist of international repute.

He joined Durham University in 1977 and spent the next ten years here. It was a momentous period in the political economy of the UK and one that was to have a profound effect on his research. Once in Durham, he researched the mining trade unions and communities, which led to his involvement in contesting the Government’s policy of pit closures.

Musician Graham Johnson OBE will receive an honorary Doctor of Music. A pianist and accompanist, he has performed with the world’s foremost vocalists to critical acclaim. His is particularly noted for his commercial recordings of lieder – generally romantic poems set to music – and the scholarship of his liner notes for these recordings.

Mr Johnson also has a longstanding artistic relationship with the Wigmore Hall, and is chairman of the jury for the Wigmore Hall Song Competition. He is also Senior Professor of Accompaniment at the Guildhall School of Music.

He was nominated by Sir Thomas Allen, who said: “Durham University, proud of its musically talented student body and its high performing music department, recognises the outstanding contribution made to music by Graham Johnson; not only in his services to performance, accompanying myself on various occasions, but also in his commitment to the furtherance of knowledge. He is, quite simply, an extraordinary fellow.”

Ken West MBE, the pioneer of natural burials, will receive an honorary Master of Arts. Mr West started his career in the funeral industry as a 15-year-old horticultural trainee in Shrewsbury Cemetery. He rose to become Bereavement Services Manager for Carlisle in the late 1980s and established the world’s first “green” burial service in 1993.

His lead has since been followed in North America, Australia and New Zealand. He was made an MBE in 2002 for his services to burial and cremation.

Mr West was nominated by Professor Douglas Davies – among other members of Durham University’s Theology, Religion, Medicine and Anthropology departments – who said: “It is rare for a single individual to be hugely catalytic of a social trend that emerges distinct from new social policies forged by national or local government. He has, in effect, engendered a new British ‘way of death’, that has spread to over 200 sites.”

Professor Chris Higgins, Vice-Chancellor of Durham University, said: “All of our honorary degree recipients have made outstanding contributions in their chosen fields and are a real example to our students of what can be achieved with drive, determination and skill.

“Our students benefit from research-led teaching, delivered by some of the world’s finest academics, and a truly unique student experience providing opportunities through our Colleges, sport, societies and outreach to develop key skills such as teamwork, leadership and critical thinking.”