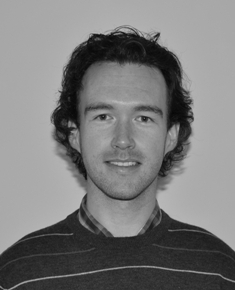 The impact of climate science research on society depends on the public's use of key expressions on the topic, according to new research from Durham University’s Tipping Points project, published today in the scientific journal PLoS ONE.

Lead author Professor Alexander Bentley, in collaboration with Durham University’s Dr Philip Garnett and other colleagues found that words commonly used by scientists when discussing climate science – such as 'biodiversity', 'global', and 'isotopes' – follow fashion cycles in public usage as such terms pass from specialised use by scientists to adoption by the wider public. According to the authors, this effect may contribute to the impact of climate research on the public’s perception.

The researchers used Google's Ngram database, which references over five million books published in seven languages since the beginning of the 16th Century, to represent public discussion of climate science.  This project is one of the very first of its kind, since the database only began operating at the end of 2010.

The team found that, while there is a continual output of climate science data, there are pronounced waves in public usage of the main keywords associated with this science. These waves vary in length, but the average duration is approximately a human generation (2-3 decades).

Dr Philip Garnett said: "These fashion waves can be modelled in a very straightforward manner, so they ought to be predictable in some sense. A simple model for word-usage trends could then be used to inform efforts for better communication of the concepts behind climate science."

Recognising which words are spread by diffusion, along with the ideas they represent, could help campaigns improve comprehension and social learning, rather than simply expecting an audience to adopt and understand a message because it is scientifically grounded.

Professor Bentley, now at Bristol University, said: "Since the impact of climate science is so inherently linked to public acceptance – or denial – of the evidence for climate change, we suggest that our study provides a crucial first step toward gauging public response over the long term.

"Ideally, the methods we present – applied to new sources of 'big data' like Google Ngrams – can be used to prepare for changes in public opinion over the generations on matters of global importance."