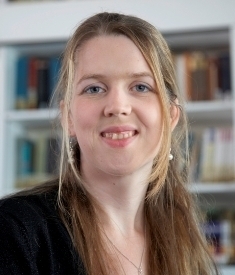 The Durham University researchers, who studied over 100 women, provide evidence to back calls for models in adverts to be more representative of the actual population.  This move could ultimately help girls and women to develop a healthier attitude to eating, the researchers say.

In the preliminary study, women who habitually strongly preferred thin body shapes were significantly less keen on thin bodies after they had been shown pictures of plus size catalogue models.  Conversely, showing slim models increased women’s preference for thin bodies.

The effects could be found whether the women were shown catalogue models or ordinary women of either size.

The findings provide research data for policy-makers and support for on-going calls from Government and health charities to ‘normalise’ female models in the media.

The research is published in the leading international academic journal, PLOS ONE, and was led by Durham University with colleagues from Newcastle University and the VU University Amsterdam.

Follow up research will look in more detail at the change in preferences and will include both women and men.

Lead author Dr Lynda Boothroyd, from Durham University’s Department of Psychology, said: “This really gives us some food for thought about the power of exposure to super-slim bodies.  There is evidence that being constantly surrounded through the media by celebrities and models who are very thin contributes to girls and women having an unhealthy attitude to their bodies.

“Although we don’t yet know whether brief exposure to pictures of larger women will change women’s attitudes in the long term, our findings certainly indicate that showing more ‘normal’ models could potentially reduce women’s obsession for thinness.”

Susan Ringwood, Chief Executive from the leading UK eating disorders charity, Beat, commented: “This study points towards an important aspect of our modern lives.  We see an average of 2,000 images a day in advertising alone, and most of these include bodies that are more slender than average.  Increasing the diversity of body shapes and sizes portrayed in the media could rebalance our views about our own bodies in an emotionally healthy way.”

Dr Boothroyd added: “Thinner bodies are definitely in vogue and within western media, thinness is overwhelmingly idolised and being overweight is often stigmatised.  Although the media doesn’t directly cause eating disorders, research suggests it is a very powerful factor in creating body dissatisfaction.

“Furthermore, it seems that even so-called ‘cautionary’ images against anorexia might still increase our liking for thinner bodies, such as those featuring the late French model Isabelle Caro, who gained worldwide publicity for posing nude for an anti-anorexia campaign while suffering from the illness.  These campaigns may not have the desired effect which is a sobering thought.”

The images used in the study were of thin and plus size models from high street catalogues and beauty contests, and of ordinary women photographed in plain grey leotards.  The thin models shown were a standard size for catalogue models and the women in leotards had a Body Mass Index (BMI) of between 11 and 14.  The plus size models were a minimum of clothes size 16 and the women in leotards had a BMI of between 36 and 42¹.

The study also looked at the influence of positive and negative associations with weight.  When women were shown the ‘aspirational’ images of larger models, paired with the plain images of underweight women, their preferences also shifted away from thinness.  This supports the idea that, in the West, our associations between thinness and good health and high status may play a part in strong preferences for thin bodies.

This is in contrast to some developing countries where being overweight is generally perceived as an indicator of health, wealth and femininity, and many people tend to prefer women who carry more fat.

¹ The World Health Organisation regards a BMI of less than 18.5 as underweight, while a BMI greater than 25 is considered overweight.