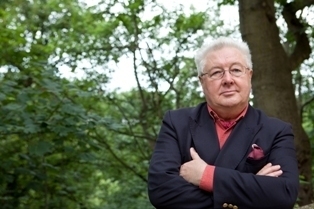 Environmental worries, giving something back to nature and reducing the burden on families are factors behind why people choose natural burials, according to a new study by Durham University.

The research suggests that Britain is leading the way globally in natural – or woodland - burials where people are typically buried in a woodland setting, field or meadow in wicker, cardboard, or other ecologically appropriate coffins.

More than 260 natural burial sites now operate across the country since the first one opened in Carlisle almost 20 years ago.

The Durham study was led by Professor Douglas Davies, Director of Durham University’s Centre for Death and Life Studies, with Dr Hannah Rumble, a Research Associate at Durham, based at the University of Bath. They found a number of reasons why people choose natural burials including:

The findings have been published as a book, Natural Burial: Traditional-Secular Spiritualities and Funeral Innovation by Professor Davies and Dr Rumble.  It will be formally launched at an event in Durham on Friday, September 7.

The event will also see the launch of Britain’s newest woodland burial site on South Road, in Durham City. The Durham City Woodland Burial Project, managed by the Woodland Burial Trust Community Interest Company, is currently being developed but will be open for burials from September 7.

The Durham University research was partly based on interviews with people connected with the Barton Glebe burial site, near Cambridge, which is run by The Arbory Trust, the first Christian woodland burial charity. Barton Glebe is open to people of different beliefs and is sponsored by the Church of England.

The study, funded by the Arts and Humanities Research Council and the Economic and Social Research Council’s joint Religion and Society Project, also explores the fact that natural burials appeal to people of both religious and non-religious backgrounds.

"While there is a decline in explicit religious belief in some people, many have very strong views about themselves and their families and what they want to contribute to their future.

"People talk about becoming part of a lively tree, grass, or plant surrounded place which their families and grandchildren can visit and play, with a different atmosphere than at a cemetery.

"The other image we have been exploring is the idea of people not wanting ‘to make a fuss’.

“Unlike ordinary cemeteries where people visit to tend the grave, in the woodland context nature takes care of things and some folk like that idea."

The Durham City Woodland Burial Project is the first in the country to be managed by a non-profit community interest company, which is promising to invest any profits made back into maintenance or social projects. The project is a partnership with Durham County Council.

The site, attached to the city’s crematorium, is a native woodland, managed for wildlife, with a gravelled path that will wind between six burial glades.

The money to build and run the site - roughly £100,000 over the next four years - comes from grants and loans as well as people buying plots either for themselves or family members.

Ian Rutland, founder of the Woodland Burial Community Interest Company, which runs the Durham City project, said: "This is a natural alternative, open to everyone, whatever their belief or faith. A simple place of peace that is designed to be secluded, intimate and dignified.

“This is the first to be run by a Community Interest Company, which is committed to investing profits from sale of plots whether into maintenance of the site or into social projects, for example we want to put aside some of the profits we make to subsidise poorer people who may want a non-traditional burial."

The formal launch of both the book and the woodland burial project will be held at The Rivergreen Centre, Aykley Heads, Durham City, on Friday, September 7, at 5.30pm.

Other speakers at the event will include Ken West, MBE, originator of woodland burial practices in the UK, and the Reverend Peter Owen-Jones, a keen advocate of natural burial and of the Barton Glebe site studied by the Durham University project.