Early years’ initiatives, such as Sure Start, are failing the poor, eight-year study shows 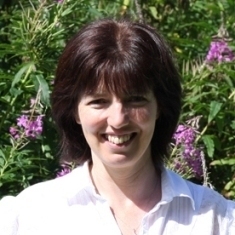 Early years initiatives for pre-school children are not delivering improvements in language and numeracy development, according to leading education experts.

Experts, conducting one of the largest surveys to date of the development of 117,000 children starting primary school in England over eight years, found that despite a raft of early years' initiatives, such as ‘Sure Start', basic levels of development in early reading, vocabulary and maths have remained largely unchanged.

Researchers from the Centre for Evaluation and Monitoring (CEM) at Durham University who conducted the study say the findings highlight the need for a review of early years' initiatives and whether they are reaching those children most in need, particularly children from disadvantaged backgrounds.

This study includes recent data that has not previously been published by CEM to give an up to date analysis of trends.

The study, published by the Oxford Review of Education, follows Prime Minister David Cameron's comments about parents from the ‘sharp-elbowed' middle classes who use Sure Start services, suggesting the scheme is not reaching the most disadvantaged.

Labour MP, Frank Field, the government's ‘poverty Tsar', has also criticised Sure Start for failing to meet New Labour's key target of lifting poorer families out of poverty in education. A new report by Frank Field on parenting has recommended that public resources are re-focused to give more help to children from poor families in their early years

Dr Christine Merrell, Primary Director in CEM, Durham University, who led the research, said: "Given the resources put into early years' initiatives, we expected to see a rise in literacy and numeracy scores in schools, so it's disappointing that there's been no improvement.

"Our findings reinforce the concern that the poorest families in our society are not accessing the full range of educational opportunities and resources designed to help them.

"Sure Start and other early years' initiatives, like pre-school interventions through Education Action Zones, have valuable aims but we must evaluate what works and doesn't work in a rigorous and scientific way. It's vital to deliver services in ways and in places that enable parents from the poorest section of society to take full advantage of them."

Sure Start was established by the Labour Government in England in 1997 to try to improve the lives of children (under the age of four) and families living in disadvantaged areas. 3,500 Sure Start Children's Centres have been set up to bring together early education, childcare, health and family support for these families - a one-stop shop where families can get all the help that they need, including help with literacy and numeracy.

CEM researchers looked at PIPS (Performance Indicators in Primary Schools) scores for 117,000 pupils in England at the start of school, aged four to five years old, between 2001 and 2008. Children from the same set of 472 state primary schools were assessed each year. The study is a reflection of the educational development of children up to that point in their lives. The PIPS assessments include measures of numeracy and literacy, such as whether children can count to 7, simple problem solving and whether children can discriminate between different sounds.

Dr Christine Merrell said: "If we really want to improve life for the more vulnerable and poorer sections of society, we need to target assistance much more effectively.

"It is not just a case of providing books and toys - access is still a major issue. If disadvantaged families can access and use the full range of resources, advice and expertise available, then Sure Start could offer significant help to children from poorer backgrounds."

In America, the ‘Head Start' project has been praised as a successful model of societal improvement. It set out to prepare children so that they're ‘ready' for school by improving access to resources in education and health. Policy makers aimed to improve the outcomes of individuals and save costs in the long term, for example, by reducing crime through improved education.

The Education Act of 2002 introduced the Early Years Foundation Stage as a distinct stage of education covering six areas of learning for children aged 3 - 5. From April 2004, all children in England were entitled to a free part-time place in pre-school from the age of 3. ‘Every Child Matters' aims to provide facilities for every child to have the support they need to stay safe, enjoy and achieve, make a positive contribution and achieve economic wellbeing. This initiative is intended to involve providers of education, social and health services working together.