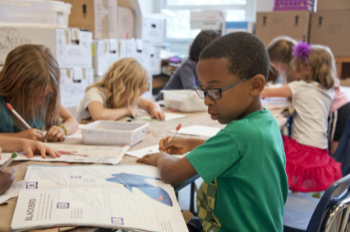 In this article, Professor Stephen Gorard, from our School of Education, examines the proposed measures of the UK government's COVID recovery plan for schools and how it may have mixed success.

The UK government has published its COVID recovery plan for schools in England. This follows a report earlier this week that it was mulling a longer school day to compensate for COVID-related school closures. However, research suggests the proposed measures may have mixed success and more targeted help might be more useful.

Since March 2020, children and young people in England have missed well over 20 weeks of normal schooling due to the pandemic. Many pupils will have missed a lot more than that, for a variety of reasons. This includes families or classes having to self-isolate, as well as confusion about the rules of attendance, and parents being protective. On the other hand, many children of key workers and those considered vulnerable may have attended school throughout the last 15 months.

The academic consequences of these school closures will vary from pupil to pupil. Some will have emerged from lockdown relatively unscathed. Some may have even flourished within the somewhat less formal and more flexible structure of online learning. Others, meanwhile, will have made less progress than they would have under normal circumstances. A few may have got out of the habit of going to school altogether, and feel disinclined to go back.

Which is to say, there is no single, universal remedy. It is essential that the government’s plans be tailored to individuals’ post-lockdown circumstances.

In February, the government announced funds for summer schools. It has now said that the next stage will include a review of time spent in school and college, meaning that the school day or week might be increased.

They have also promised £1 billion for a large number of 15-hour individual or small-group tutoring sessions.

The problem is there is no evidence that summer schools are a particularly effective way to improve the attainment of pupils falling behind, especially in maths. This is at least partly because such pupils may be the least likely to turn up in the summer holidays.

In fact, there is not much point in increasing time at school in itself, whether by lengthening the day or reducing the holidays. Progress made by pupils is more due to growing up, and less attributable to schooling, than educators may fondly imagine. And absence from school is not as damaging (for all pupils) as official accounts suggest.

Our research has shown that poorer pupils were becoming less clustered in the more disadvantaged schools, and their attainment was rising even faster than that of their richer peers. This was before lockdown. It is hoped that this will be found to continue, once the pandemic is fully over.

So, given that some disadvantaged pupils do really well at school and some do not, perhaps the focus of the government’s plan should be tweaked. The limited new funds for tutoring could be better used for those pupils identified by their schools as having been hardest hit by lockdown, such as for the lowest attainers, whether they are disadvantaged or not.

However, the evidence for tutoring itself is not as robust as has sometimes been portrayed. Instead, the evidence suggests that almost any small group or individual work with struggling pupils can be effective, using a wide variety of catch-up interventions. The precise method used appears to be less important than the extra attention the child receives.

It is therefore good that (very limited) funding has also been promised for training and development to help teachers and early-years practitioners. Here the priority ought be training in how best to use research evidence. With limited funding to address what could be a massive challenge, schools and teachers will need to use that funding for maximum impact. And that means only using robustly evidence-led interventions.

Another issue is that the government seems to be overly focused on academic progress. However, lockdown will have led to some impoverishment of the experience of just about every pupil, socially and in terms of wider outcomes at school. Those who continued to attend school will have done so without their full cohort of peers, and in often bewildering and rather isolated circumstances.

Some of those who were at home may have spent part of lockdown in their garden, reading and playing with siblings. Others could have been stuck inside with only their parents.

All of these pupils would benefit from a school curriculum that involved enriching activities and communal endeavours, that encouraged them to make friends and try new things. The plans announced by the government do not cover such things, and the £1.4 billion would not nearly finance it anyway. The sum is a mere fraction of what observers say is needed to properly address the problem facing pupils. This discrepancy appears to lie behind the reported resignation of Kevan Collins, the official appointed by the government to deal with the catch-up.

For many children, as for many adults, these past 15 months have been a lonely and frightening time. Some will have fallen ill themselves. Some will have lost friends and close relatives. Not attending school as usual may have worsened this situation, as it will for adults unable to attend their workplace or other haunts.

It would be good to see the government produce a plan to help on this level. Mental health was partly addressed by the government’s earlier commitment of £1.7 billion. But such problems are not largely educational in nature, and so do not form a natural part of any school recovery or catch-up plan.

More than anything, many pupils, their families, teachers and schools probably just want things to settle down. They want rules about attendance to stabilise and clarity about upcoming public exams and assessments. Perhaps getting this right should be the government’s immediate priority.