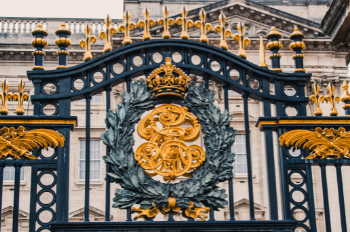 In this article, Professor Tim Luckhurst, Principal of South College examines the BBC's recent acceptance of the Dyson Report and what it means for the broadcaster.

The BBC is among Britain’s most valuable cultural exports, representing soft power at its most effective. Newcomers including Netflix and Amazon have deeper pockets, but the BBC has set enduring standards in British radio and television production. Executives at Sky, ITV and Channel 4 acknowledge its role as a benchmark that has enhanced the reputation of British broadcasting. Long a trusted source of news for the discerning, it has a global reputation for accuracy and honesty.

So, we should not be astonished that the BBC is ridden with intense angst about Lord Dyson’s report into the corporation’s now infamous interview with Princess Diana, in which she detailed the breakdown of her marriage to the Prince of Wales. The report found that the BBC’s reporter, Martin Bashir, “used deceitful behaviour” to obtain the interview, and that the BBC knowingly “covered up” what it subsequently learned about this behaviour.

The process whereby Bashir, then a reporter for the Panorama documentary series, got the interview every competitor wanted was a mystery when it aired in 1995. It is a scandal now that Lord Dyson, a senior retired judge, has found that the corporation “fell short of the high standards of integrity and transparency which are its hallmark”.

It is now established as fact that Bashir commissioned fake bank statements and showed them to Diana’s brother, Earl Spencer, in order to secure his trust and gain access to his sister. That Bashir subsequently lied to his employer does not mean that blame attaches to him alone. This is a very dark day for the corporation, not just for one disgraced former reporter.

Princess Diana’s appearance on Panorama was a colossal coup for the programme and, ostensibly, for the BBC. More than 20 million viewers watched it on transmission. Many more saw it later. It was the moment when Diana spoke of there being “three of us” in her marriage to Prince Charles. She admitted having an affair herself and explained that Charles’ affair with Camilla Parker Bowles (now his wife, the Duchess of Cornwall) had made her feel worthless.

The interview provoked enormous debate and controversy. I was a BBC editor in 1995. I believed that a flagship programme transmitting such a significant story must have checked and checked again the accuracy and integrity of its journalism. The real shock at the core of the Dyson report, is that it had not. Still worse, the BBC had not compelled it to do so.

Bashir got away with his schoolboy trick, in part, because his editor, the late Steve Hewlett, wanted his reporter’s story to happen. That said, Dyson’s report categorically cleared Hewlett from the subsequent cover-up, writing that “his writ did not run beyond the programme” and that his wife, Rachel Crellin had offered “a detailed and strong response” to accusations that he was aware or involved in Bashir’s behaviour.

Tony Hall, meanwhile – the BBC’s director of news at the time, subsequently director general – gave Bashir the benefit of the doubt. Now Lord Hall, he has acknowledged that his 1996 internal inquiry that cleared both Bashir and Panorama “fell well short of what was required”. Lord Dyson puts it more bluntly. He says that investigation was “woefully ineffective”.

It is to the BBC’s credit that is has accepted the Dyson Report unreservedly. Tim Davie, the director general, adds that it should have made “a greater effort to get to the bottom of what happened at the time”. He confirms that it now has “significantly better processes and procedures” than existed in 1995.

Those of us who retain our affection and respect for the BBC will hope he is proved right – not least because the BBC’s critics and foes are circling. Their arguments have been strengthened by this most deplorable mistake and by the regrettable fact that it has gone uncorrected for much longer than was necessary. Newspapers, notably the Sunday Times, the Daily Mail and the Mail on Sunday, drew attention to the allegations that have now been shown to be correct.

Such watchdog reporting by others also identified the sad truth that BBC managers were more concerned about having whistleblowers than in investigating their evidence. Such failure may now mean that the BBC will be more extensively harmed than by any previous editorial error.

Given its scale, ambition and age, the BBC’s major errors are not numerous. It worked too closely with the government during the General Strike of 1926. Panorama’s 1984 documentary “Maggie’s Militant Tendency” claimed Conservative MPs had links to far-right organisations and cost the BBC £290,000 in damages and costs.

Today, the BBC’s humiliation coincides with acute hostility from Boris Johnson’s Conservative government. The Financial Times reports that an influential group of authors, academics and film producers believes a government advisory panel may recommend substantial cuts in the BBC’s income.

Intense competition from wealthy streaming services that have secured loyalty from young viewers increases the BBC’s vulnerability. It needs friends today more than it has needed them at any time in its history. Enemies are circling – and the Dyson report has added blood to the water. The BBC cannot afford to alienate its friends with any further evidence that its journalism, the jewel in its crown, is less than entirely reliable.