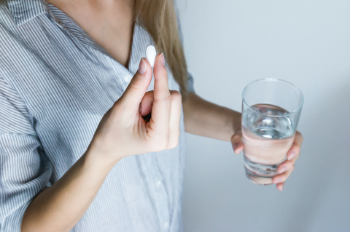 The English and Welsh governments are consulting the public about whether they should revoke temporary rules which allow women to terminate early pregnancies in their own homes with the use of two pills. The rules were brought in to reduce the need for face-to-face appointments as COVID-19 swept through the population.

It is vital that women are continued to be allowed access to these drugs for use at home for early medical abortions. This method of termination is safe and allows women to manage their reproductive health privately and respectfully.

Despite concerns being raised by anti-choice campaigners that allowing women to obtain early abortions at home will lead to misuse of the medication, the evidence so far does not support those allegations.

A small number of cases have been reported in the media of women accessing the medication from abortion providers, such as the British Pregnancy Advisory Service and MSI Reproductive Choices, when they were over 10 weeks pregnant. This included one reported case of a woman who was 28 weeks pregnant when she took the medication.

In England, Wales and Scotland it is illegal to end a pregnancy at any time, unless the abortion is conducted by a registered medical practitioner. The only circumstances in which it is legal to end a pregnancy that has reached the 24th week of gestation is if there is a severe threat to the woman’s physical or mental health or due to foetal abnormalities.

The temporary law allows the abortion medication – mifepristone and misoprostol – to be dispatched to a woman’s home following a telephone or video consultation with a medical professional. If a woman purposefully misleads abortion providers about the gestational stage of her pregnancy to obtain medication, she could theoretically be jailed for life, thanks to the Victorian legislation which still applies.

But before people jump to the conclusion that home-use equals misuse, other important elements must be considered. These cases are just a handful of the early medical abortions that have taken place at home in England and Wales. Between April and June 2020, 23,061 abortions took place at home, making up 43% of all legal abortions that occurred.

One study has shown that drugs dispatched to women over 10 weeks pregnant constitutes just 0.04% of the requested medicines.

The fact is that 86% of terminations reported in the 2020 data took place before the 10th week of pregnancy – with 50% performed before seven weeks gestation. With easier access to medication, it is likely that that percentage of “early” terminations will continue to remain higher than before.

It also unclear whether women who requested the medication when over 10 weeks pregnant knew the developmental stage of their pregnancy. Women can continue to bleed while pregnant. This is known as “spotting” and it can be interpreted as a period. So it takes some women who experience this longer to realise they are pregnant.

Whether home-use continues or not, a very small number of women will continue to illegally access medication to end a pregnancy of a viable foetus. Abortion medication is relatively easy to obtain illegally via the internet. In 2015 and 2016, 645 abortion pills were seized en-route to addresses across Britain. It is likely that far more made it to their destination.

Home-use will reduce some women’s desperate need for this illegal trade.

Women who are in desperate circumstances are distinct from the vast majority of abortion cases that occur. And those who do find themselves in the position of needing to end a late-term pregnancy are incredibly vulnerable. My research shows that women in this situation experience what is known as a “crisis” pregnancy. An unwanted pregnancy is not necessarily a crisis pregnancy, if a woman has access to safe and legal abortion services.

The crisis arises because of difficult life circumstances these women are enduring, such as living in violent and abusive relationships or living poverty with limited social support.

Considering the stage of the pregnancy, the dire context that surrounds them and the steps women take to end them, these crisis cases need to be seen as distinct from “regular” abortions, which generally occur very early in the pregnancy – with just 0.1% taking place at or after 24 weeks, according to national data from 2019. Most of these post-24 weeks terminations will be of wanted pregnancies following a diagnosis of foetal abnormalities.

My research has shown that crisis pregnancy cases are, in fact, more akin to newborn infanticide. This is when a newborn baby is killed with the child’s mother being the most likely suspect. In these cases the woman often acts out of fear, shame and a belief that their pregnancy cannot exist. There needs to be a debate about whether it is right to criminalise these women, considering their levels of vulnerability. I do not believe it is.

Whether or not home-use for early medical abortion is legally permitted, women in crisis will find means to end their pregnancy – they have in the past and they will again.

Governments do not ban alcohol because some people drink and drive. Why should they ban home-use abortion pills because a very small number of women will knowingly be over 10 weeks pregnant when they request the medication?

These vulnerable women need support. And they should not be used to prevent all women from easily accessing safe and compassionate abortion care at home.