Why the use of foetal protection laws needs to be reviewed 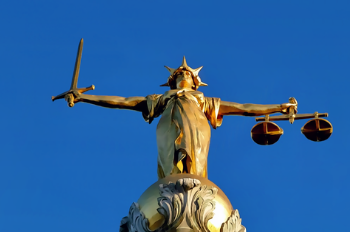 In this article, Dr Emma Milne from our Law School comments on the use of the criminal law to punish women who are deemed to be acting in ways that harm their foetuses. She emphasises that we need to think long and hard as to whether the law is used correctly.

Women can be charged with murdering their foetus if they use drugs while pregnant and their drug-use causes the stillbirth of the baby. This was the ruling of the California Supreme Court in December 2020. As such, Chelsea Becker, will face a prosecution for the murder of her 8-month foetus, which was stillborn in 2019. Becker used methamphetamine while pregnant, and the death of the foetus is described by the authorities as being due to ‘the reckless or indifferent unlawful conduct of a mother’.

Becker’s case is not unique. In my recent publication Putting the Fetus First — Legal Regulation, Motherhood, and Pregnancy, I examine criminal law and criminal justice responses to women who were deemed to not put the needs of their foetus first in the United States, and England and Wales. The law operates differently across these legal jurisdictions. In English and Welsh law, the foetus is not considered a legal person and so is not protected under criminal law, this is referred to as the ‘born alive rule’. However, ending a pregnancy outside of the parameters of the Abortion Act is a crime punishable by up to life imprisonment.

Up until the 1970s criminal law in American states applied the ‘born-alive rule’. Since then, in most states in the USA the foetus is now specifically protected under criminal law. In California, for example, where Chelsea Becker is facing prosecution, murder is defined as ‘unlawful killing of a human being, or a fetus, with malice aforethought’.

Becker is not the first woman in the USA to face prosecution due to her conduct while pregnant. For example, Purvi Patel was convicted of foeticide after she ended her pregnancy by taking medication ordered via the internet. She was sentenced to 20 years imprisonment before having her conviction overturned. Amanda Kimbrough was imprisoned for 10 years after her son—Timmy—died shortly after birth. Like Becker, Kimbrough tested positive for methamphetamines. However, unlike Becker who is facing a murder conviction, Kimbrough was convicted of ‘chemical endangerment’—exposing a minor to an illegal substance. Kimbrough was prosecuted despite evidence that Timmy died due to the prolapse of the umbilical cord, and not due to exposure to the illegal substance.

From my research, I conclude that there is a growing trend of using the criminal law to protect foetuses. Despite the difference in law across states in the USA, and compared to England and Wales, prosecutions reflect the sentiment that women should do all they can to protect their foetus. I call this the ‘foetus-first mentality’. My analysis of cases illustrates that when women ‘fail’ to act as the ‘good’ mother and ‘responsible’ pregnant woman the criminal law is deployed to punish them.

So, what’s the problem with protecting foetuses through criminal law, you may ask? If a woman kills her baby after it is born then we would consider this murder, so why not if she kills her baby before it is born? Afterall, pregnant women should do all they can to protect the foetus developing inside them, right? But there are consequences to using criminal law to compel women to put their foetus first.

Firstly, it is not as easy to determine that the actions of pregnant women have a substantial negative impact on the foetus. For example, in instances where illegal substances have been consumed and the pregnancy ends in a miscarriage or stillbirth, frequently the cause of foetal death is unknown. Conversely, the socio-economic background of the pregnant woman has a greater impact on maternal and foetal health than does maternal behaviour. Specifically, deprivation has a dramatic impact upon women’s decisions about their health and life during pregnancy, such as whether they can afford to access pre-natal healthcare.

Even when there is clear evidence that maternal behaviour causes harm to the foetus, it is still not necessarily the case that legal sanctions against women will improve the wellbeing of the foetus. In fact, the involvement of criminal law can lead to worse foetal outcomes as women avoid accessing medical care due to a fear that they will be reported to the police. Lack of prenatal care is a leading factor in poor pregnancy outcomes.

Foetal protection laws also have horrendous consequences for women’s rights. Dawn Johnsen, an American Professor of Constitutional law, argues that using criminal law to control women’s behaviour because they are pregnant deprives women of the right to control their lives. As such foetal protection laws violate women’s rights of liberty and privacy, which are guaranteed under the 14th Amendment of the US constitution, and human rights in the UK.

Furthermore, the application of foetal protection laws is known to be discriminatory. In the USA, criminal sanctions have focused on women of colour and first nation women, as well as women from low socioeconomic backgrounds. So, criminal regulation of pregnant women’s conduct reflects racial and class prejudices.

Ensuring that babies are born healthy is important. However, evidence points to the fact that prosecuting women who behave in ways that may harm a foetus is not how to ensure foetal health and wellbeing. Instead, the prosecution of women like Chelsea Becker is likely to have damaging implications for the health and wellbeing of pregnant women and their unborn children, as well to limit women’s rights. Stillbirth of a baby is always a tragedy. Punishing women, whether drug-users or not, for the death of their foetus only adds to pain and suffering. Compassion, free and accessible prenatal medical care, and, if needed, drug-treatment programmes, are far more likely to result in positive pregnancy outcomes. All of this costs money. It is far easier for the state to point to women like Chelsea Becker and declare that they are ‘failed’ mothers, and that they, and they, alone must pay the price for the death of their baby.