The UK Supreme Court: A Constitutional Court in all but name? 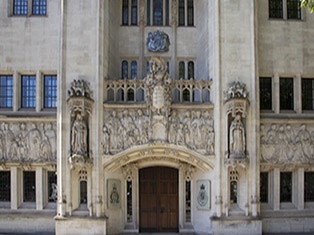 The establishment, in 2009, of a Supreme Court for the United Kingdom was not intended to amount to a radical redesign of the United Kingdom’s constitutional architecture, says Professor Roger Masterman of Durham Law School.

The United Kingdom Supreme Court was intended to be institutionally separated from the Westminster Parliament (its predecessor, the Appellate Committee of the House of Lords, was technically a committee of the upper house of Parliament).

But – barring the addition of those cases concerning the competences of the devolved institutions – the new court was to exercise the exact same (general) jurisdiction as the Appellate Committee of the House of Lords.

As a part of its position as the United Kingdom’s highest appellate court for appeals other than those concerning Scots criminal law, the Supreme Court exercises what we might call explicit constitutional functions, primarily in accordance with (i) the statutes implementing devolution to Scotland, Wales and Northern Ireland, (ii) the Human Rights Act 1998 and (iii) the European Communities Act 1972. As regards the latter, while the precise nature of the judicial role in upholding European Union law will change following Brexit, the constitutional function exercised by the Supreme Court – the management of questions regarding the extent to which EU law influence the laws of the United Kingdom – will be partially preserved in relation to what the European Union (Withdrawal) Act 2018 refers to as ‘retained EU law.’

A similar task falls to the Supreme Court by virtue of the Human Rights Act 1998, which requires that decisions of the European Court of Human Rights be ‘taken into account’ by domestic courts adjudicating cases under the Act (s.2). The broader constitutional role of the Human Rights Act is more fundamental, for it permits the majority of the rights contained in the European Convention on Human Rights to be asserted by litigants in domestic courts. Via two of its key provisions (ss.3 and 6), the Act works to ensure that both statute and common law take effect to consistently with the Convention Rights. As perhaps the central mechanism through which individual rights can be litigated, the Supreme Court discharges a core constitutional function in the expression of the relationship(s) between individuals and the state.

Though devolution is formally consistent with the preservation of the Westminster’s sovereign legislative power, an element of Supreme Court’s adjudicatory jurisdiction shows clear parallels with the competence disputes that are a characteristic of federal systems, where the court serves to determine the extent of powers held by the federal/national authorities, and those exercised by the state/provincial institutions. In a parallel with constitutional courts such as France’s Conseil Constitutionnel, the Supreme Court’s devolution jurisdiction also permits a species of abstract judicial review – that is, review of devolved legislation (or proposed legislation) that does not arise from the specific facts of a dispute between parties (see for instance the Reference on the Scottish Parliament’s European Union (Legal Continuity) (Scotland) Bill).

As the apex court in a common law jurisdiction, the Supreme Court also discharges non-statutory constitutional functions. Through the incremental development of the principles of judicial review, recognition of rights that are recognised by the common law, and – perhaps increasingly – through the articulation of the requirements of the rule of law and separation of powers, the court can be seen to play an essential role in fleshing out the sometimes skeletal requirements of the ‘unwritten’ constitution.

It remains the case that parliamentary – and not constitutional – sovereignty forms the theoretical bedrock of the United Kingdom’s constitutional arrangements. This fact has not, however, prevented the legislative allocation, and common law development, of judicial functions which regulate the powers of government, affect how governmental institutions interact with each other, and concern how and to what extent ‘external’ sources of law permeate the UK’s legal system. As a result, many of the recent constitutional law cases decided by the Supreme Court blend elements of the above areas of the Court’s jurisdiction; such cases often also blend issues of acute political controversy with consideration of fundamental constitutional or legal principle (the Miller/Cherry decision on the purported prorogation of Parliament in September 2019 provides a clear illustration).

While the Supreme Court is not explicitly designated as a constitutional court, it can be seen to occupy a distinct space in the United Kingdom’s structural architecture, discharging core functions as arbiter between individuals and the various organs of state, and cartographer of many of the constitution’s institutional and jurisdictional inter-relationships.

Roger Masterman is Professor of Constitutional Law at Durham Law School. He is the author of The Separation of Powers in the Contemporary Constitution (CUP, 2011), and (with Colin Murray), Constitutional and Administrative Law (2nd ed) (Pearson, 2018), and editor (with Robert Schütze) of The Cambridge Companion to Comparative Constitutional Law (CUP, 2019).