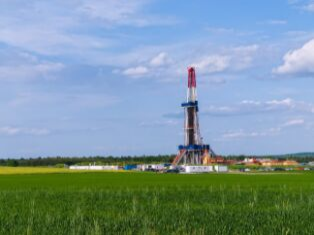 The level of methane in the atmosphere has risen dramatically in the last decade – and climate scientists are worried. Although there’s still roughly 60 times less of it floating around than carbon dioxide, the gas heats the planet 86 times more intensely than CO₂ over a 20-year period, meaning that it accounts for about a quarter of human-caused global heating we’re experiencing today. And because it’s so potent in the short-term, fluctuations in its levels can have large and rapid impacts on how much global temperature rises in the next few decades.

The trouble is, the research community hasn’t been able to work out conclusively what’s most to blame for the increase. Some previous work has suggested that biological sources such as tropical wetlands, rice cultivation, or animal agriculture were the main culprits. But according to new research, chemical fingerprints point to a different source – natural gas.

The Cornell University study indicates that natural gas production is responsible for two-thirds of the sizeable rise in global methane emissions between 2008 and 2014 – with shale gas produced by fracking accounting for more than half of this increase.

So how could so much be escaping? Multiple stages of the fracking process, in which shale rock is fractured to release trapped oil or gas, result in gas being deliberately vented or flared. In the USA, during commercial extraction, gas not suitable for consumption may be vented or flared. Gas is similarly vented to regulate pressure during compression and storage. Wells and pipelines are also emptied whenever they need routine testing or maintenance, so that works can be performed without risk of explosion.

Left: a natural gas storage tank as it would look to the naked eye. Right: the tank as seen by an infrared camera, showing methane gas being vented from the tank, a regular procedure to maintain safe pressure. Robert Howarth/Biogeosciences, Author provided

In addition to these deliberate and necessary processes, a proportion of methane emissions from fracking is accidentally released, due to leaks and other more infrequent but more serious incidents. For example, in Argentina’s Vaca Muerta, one of the largest shale reserves in the world, there were more than two leaks or spills a day on average in 2018. The borehole can also leak after the well is decommissioned.

Emissions like these aren’t restricted to fracked gas. “Conventional” oil and gas fields – those in which the oil and gas is more readily accessible – also have pressure venting requirements and are susceptible to leaks and occasionally even blowouts.

So how do you tell one source of methane from another? The key is that methane gas from shale has a different chemical signature to conventionally extracted gas.

It’s worth exercising some caution with regards to the severity of fracking’s contribution to methane emissions though, as there is likely to be some overlap between the chemical compositions of shale and conventional gas. Their signatures are somewhat distinct because shale gas is typically less mobile than the gas in a conventional oil and gas field – but rock formations can be highly variable and complex, and other factors can influence the chemical composition too.

Although methane is invisible to the naked eye, the ‘blowdown’ can be seen as the methane rapidly cools water vapour in the air.

Nevertheless, while the relative contributions of conventional and fracked gas may be blurry, the research still indicates that natural gas production is the main culprit for the weight of 5m elephants’ worth of methane being added to the atmosphere each year. The current study backs up work published by NASA in early 2018 – that two-thirds of the rise in atmospheric methane is down to fossil fuels.

Nobody can get away from the fact that natural gas extraction releases fugitive methane, not to mention the CO₂ produced when successfully captured gas is burnt. There are now serious question marks over the suitability of natural gas as a less polluting bridge fuel on the journey from coal and oil towards renewable energy. Does it still make sense to invest in new gas infrastructure when existing fossil fuel reserves already place the UN’s target of limiting warming to 1.5℃ under threat?

At the very least, if natural gas continues to be developed, we need more smart monitoring systems streaming data in real time to prevent all but necessary emissions. The majority of fugitive methane emissions come from a minority of locations and activities – so-called super-emitters, whose emissions spikes are largely avoidable.

In England, for example, methane was recently released into the atmosphere merely as a result of failing to burn the methane produced during a well test. It is the duty of countries who pursue this path to make sure that not a jot more methane is emitted than required. Sadly, this duty is not yet being fulfilled.

Watch Fred discuss his research into methane leaks from de-commissioned oil and gas wells here and read about his research here.