What I've learned by teaching prisoners to think like scientists 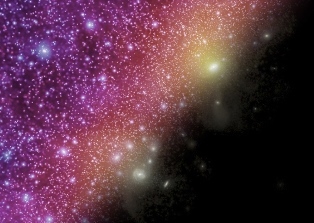 It takes a while to get used to the constant locking of doors as you stop-start your way along a prison corridor.

Walking through the main hall in HMP Low Newton, a women’s prison in County Durham, my flustered mind raced to try and maintain a normal conversation with my hosts. I’m a geophysicist, used to looking at shifts in the Earth’s plates, but I was there to start teaching a course called Think Like A Scientist.

Working alongside Durham University, the prison, and a host of prison educators, the aim of the course, which ran for seven weeks between January and March 2019, was to teach understanding, analysis, and communication – the building blocks of being a scientist.

Across the UK, there are far fewer science education programmes behind bars than there are humanities programmes. This scarcity of science programmes doesn’t appear to be because of a lack of demand, but rather is down to the challenges of teaching in such a restrictive environment. There are no bunsen burners or microscopes available – the only teaching tools are often a paper flip chart and print outs.

Still, there are some great examples of other programmes, from the pioneering Cell Block Science and Code4000, which teaches coding to inmates, to the Royal Astronomical Society’s Beyond Prison Walls.

In my course, the students learned about a different topic each week during a two-hour long class. Topics ranged from the science of sleep, climate change, geoscience, space missions, the universe, and artificial intelligence. Instead of focusing on gaining knowledge that we can test them on, the students are guided to “think like a scientist” – in particular, to see where the limits of humanity’s understanding are and to pick apart issues surrounding research.

We try to stay away from traditional classroom settings as many of the students have negative connections with their early learning in high school. At HMP Low Newton, the students gathered in a communal room with sofas centred around a flip chart. We focused on three pillars of being a scientist: understanding research; analysis of what we know, what we don’t know, and what we need to know; and how to communicate findings.

The information presented is mainly given in the style of TED talks and podcasts: 15-minute segments of science which are accessible and have a narrative. These short bursts of information form the students’ understanding of a subject.

The students are then taught how to analyse by dissecting articles from The Conversation, such as why children who sleep more get better grades, guided by questions including “What are the authors missing?” and “What else would you like to know?” By promoting their own voice and opinions, the students begin to find their feet and start thinking like a scientist.

But a proper science class needs an experiment. During the course, the students kept a sleep diary for three weeks – monitoring the amount of sleep they get, their mood and energy levels. By collating and anonymising the diaries, the class then used this new research to find out whether there was a correlation between how much a person sleeps and their energy or mood. In true peer review style, the students heavily criticised the experiment, indicating that three weeks of data from a narrow band of the population was insufficient for a rigorous analysis.

At HMP Low Newton, the desire to learn and improve was apparent from the students in every session, and it was a joy to teach. They all wanted to learn more about earthquakes, black holes and missions to Mars.

The goal is to provide a pathway to further learning opportunities for those in prison. Employment is an important factor of reoffending rates and so the hope is that future courses will link up with science and technology companies who can offer guidance on employment opportunities upon release.

From teaching in prison, I’ve learned that we can teach anywhere people want to be taught. There are difficulties in any classroom, but these are problems that can be overcome through careful listening and collaboration.

I am now working to run the course in a couple of other prisons, which will no doubt have other obstacles to clear. But by participating in discussions on the hot scientific topics of the day, Think Like A Scientist students can build confidence in their academic ability – and hopefully unlock doors to a future in education.