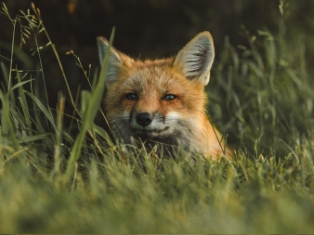 Photo by Scott Walsh on Unsplash

PhD researcher Sian Green explains that camera traps can help us learn more about mammals and how we can help look after them in the future.

Wildlife populations are declining globally, but it’s not all doom and gloom. We’re in the midst of an exciting time for UK mammals. There are beavers and wild boar living free in the UK again. Otter populations are recovering and can now be found in all English counties. Polecats are expanding their range and pine martens, with a little assistance, are growing in number.

Nevertheless, the information we have on many of these species is still very limited, making it difficult to understand the bigger picture.

With a growing human population, it’s more important than ever that scientists and the public work together to monitor mammals effectively. Only with accurate information can conservation benefit both wildlife and the people living alongside it.

Unfortunately, there’s little data on many British mammal species, and this prevents precise population estimates. With limited historical data, too, it’s difficult to know if populations are becoming more or less abundant and why. Without this information, it’s hard to say if conservation is needed. Important debates on issues such as badger culling and fox hunting may also be ill informed.

Many mammals are nocturnal and elusive so people are unlikely to come across them. More visible species, such as rabbits or grey squirrels, are so common that people are unlikely to keep a record of sightings. To ensure the successful protection and management of Britain’s mammal community, there need to be effective ways of monitoring them long term.

One technique that has proved successful in the study of mammals is the use of camera traps. These are motion-sensitive cameras that are triggered to take a photograph or short film when an animal moves in front of them. These cameras are battery powered and can be left in place for weeks or even months at a time, recording wildlife.

Although some animals seem curious about the cameras, they cause less disturbance than humans would. Once set up, a camera trap can collect lots of footage – meaning large amounts of data for scientists to search through to identify species. This is one area in which the public can help.

I recently started working on MammalWeb – a citizen science project that invites people to help build a better understanding of the UK’s mammals through camera trapping. People can participate by setting up a camera trap in their garden, or on any land they have permission to access. This makes it possible to have more cameras in the field, spread out across a wider area than any single researcher could manage on their own, generating a more comprehensive data set. Everyone, including those without their own camera trap, can contribute by identifying which animals are present in photos collected by other participants. 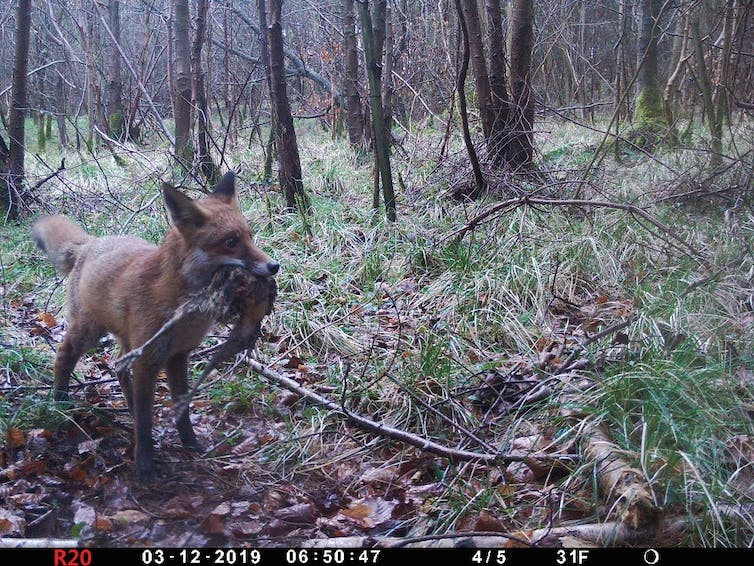 There are over 500,000 photos in the MammalWeb database – nearly 250,000 uploaded by members of the public, and others by researchers seeking help with classifying species in images they’ve collected. More than 500 people have helped make 500,000 classifications, but as images must be classified by multiple people to ensure accuracy, more classifications are always needed.

Participants have recorded 34 mammal species, ranging from the largest UK land mammal – the red deer – right down to some of the smallest, such as bank voles, captured using specially modified camera traps. 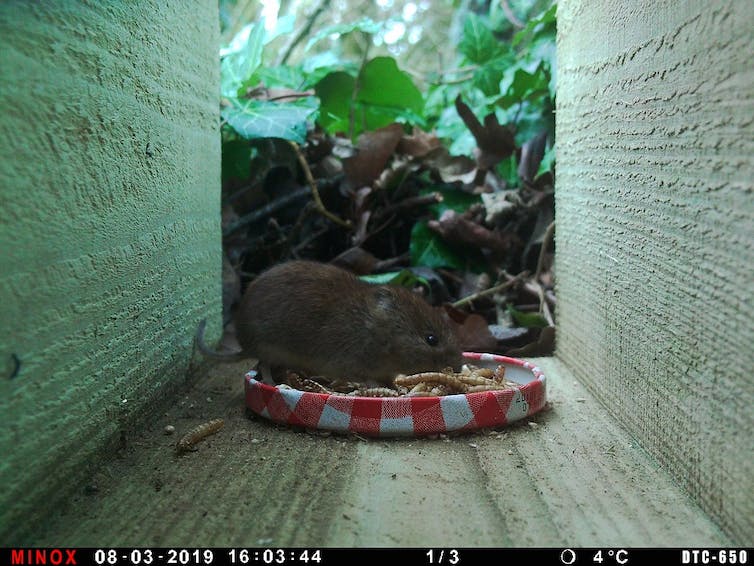 Many of the participants were surprised by what the animals were doing in their own back gardens. There’s the typical predatory behaviour of foxes hunting pheasants and the more unusual behaviour of badgers predating hedgehogs. This behaviour among badgers may be contributing to a decline in hedgehog populations, but the camera traps have found evidence that they can coexist happily, too. 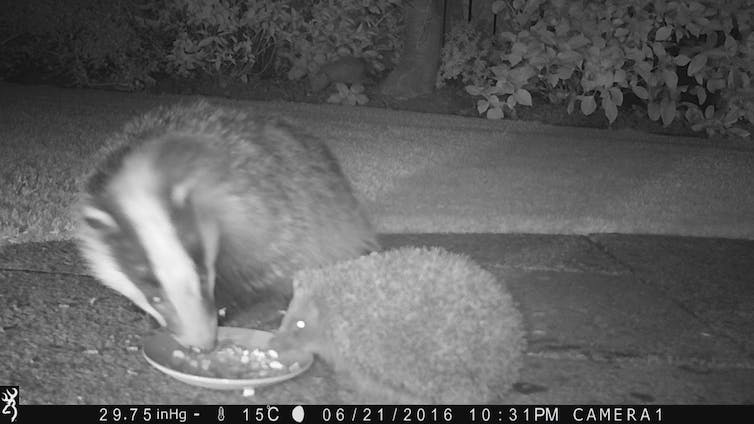 One particularly surprising find was a North American raccoon (Procyon lotor), captured living wild in the north-east of England. Thanks to these records, the authorities were able to locate the raccoon and transfer it to a local zoo to be looked after.

This highlights how easily wild mammals can go unobserved. It’s unknown how long the raccoon was roaming free and, without the aid of the public and their camera traps, we may never have known about it. While a single raccoon may not seem like a serious conservation issue, non-native species can spread rapidly, with serious consequences for native wildlife. 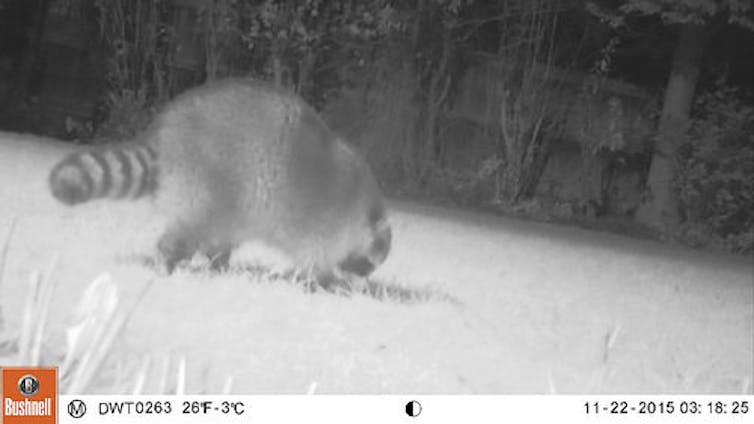 The raccoon is not the only American visitor to have made itself at home in the UK. American mink, which are threatening water vole populations, have been recorded, and American grey squirrels, which compete with native red squirrels, are the most common mammal sighted on MammalWeb – although recovering pine marten populations may help to balance the odds and aid red squirrel recovery.

Volunteers are assisting NatureSpy, a non-profit organisation working on wildlife research and community engagement that MammalWeb is partnering with, in its search for the elusive pine marten in North Yorkshire as part of their Yorkshire Pine Marten Support Programme which followed video footage of a single pine marten in 2017. 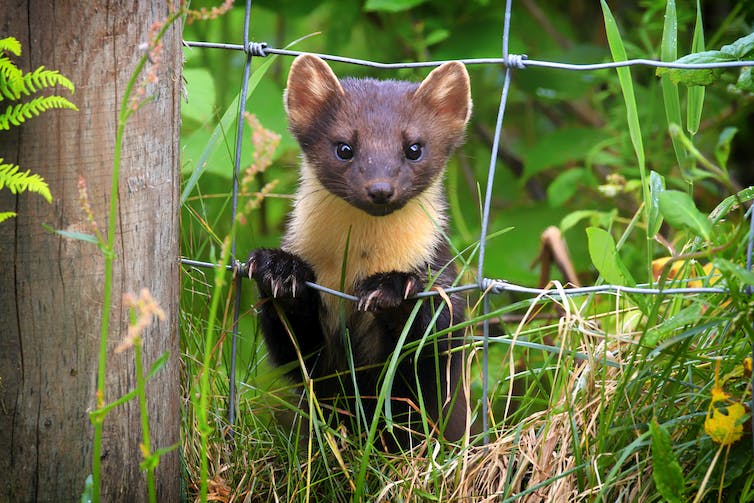 There hasn’t been another caught on camera yet, but continually monitoring the area offers the best chance of spotting the animals as they move into new areas. This will help conservationists understand where and when this species is dispersing and where help can be given.

Camera traps offer fascinating insights into the secret lives of Britain’s mammals. With the help of ordinary people, we can all learn more about them, and how to look after them well into the future.