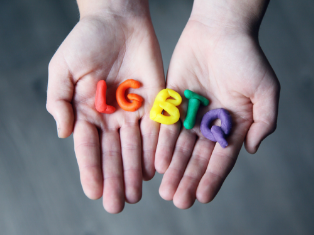 Photo by Sharon McCutcheon from Pexels

Dr Anna Llewellyn from our School of Education believes homosexuality is still seen as a threat to family values and innocence in the UK.

To say primary school teacher Andrew Moffatt has had a surreal few months is probably an understatement. Not long ago he was in Dubai, being entertained by Little Mix, having been shortlisted for the $1m Global Teacher Prize. But since then he’s been forced to defend his award-nominated inclusive teaching on the back of ardent parent protests.

Moffat’s “No Outsiders’ project” teaches children to value themselves and each other – whatever their differences – by engaging in a diverse range of stories. Some of their lessons help children challenge racism and ableism – but it is the inclusion of same-sex relationships and LGBTQ+ people, that has been singled out as problematic.

And many of the headlines have focused on the apparent polarisation of religious and LGBTQ+ rights – Parkfield School being in a predominantly Muslim area – which makes the dangerous assumption that LGBTQ+ and religion are mutually exclusive.

After weekly protests, a 400-strong petition from parents, and the withdrawal of more than 600 children from lessons, Parkfield Community School – where Moffat is assistant headteacher – has temporarily stopped running the Equality programme. The school and the parents are now in negotiations to find a positive way forward.

In the wake of the Birmingham protests, the leader of the House of Commons, Conservative MP Andrea Leadsom, said that parents should choose when their children “become exposed to that information”. This was met with some criticism – her choice of wording denotes a sense of danger and positions LGBTQ+ people as “other”. And in many ways, homosexuality is still seen as a threat to family values and innocence.

In Birmingham, the argument against LGBTQ+ education has been similar – with discrimination legitimised through notions of childhood. Children are innocent, represent the future and are in need of protection – only the worst kind of person would argue against protecting children. Fatima Shah, a parent in Birmingham, for example said: “We are not a bunch of homophobic mothers…They need to be allowed to be children rather than having to constantly think about equalities and rights.”

That LGBTQ+ people are still seen as “not normal” and that little bit different is found in more official places than is perhaps acknowledged. The Teachers’ Standards, for example – which all teachers are required to meet – asks that teachers show “tolerance” of the rights of others. But if we merely tolerate someone, it is still “them and us” and “we” are clearly positioning ourselves as better. As such, tolerance does not disrupt systems and structures, and it does not challenge society as it is. Tolerance is the accepted language of faux inclusion.

Part of the problem in all of this is the legacy of Section 28. This is the clause of the 1988 Local Government Act that penned discriminatory statements into legislation. It stated that: “A local authority shall not (a) intentionally promote homosexuality or publish material with the intention of promoting homosexuality; (b) promote the teaching in any maintained school of the acceptability of homosexuality as a pretended family relationship.”

This act followed the Conservatives’ 1987 election campaign that promoted “family values” by attacking Labour as pro-gay and a threat to children and society. Section 28 was not repealed until 2000 in Scotland and 2003 in England and Wales. The failure to repeal the act in England in 2000 was called “a victory for common sense” by the then shadow education secretary Theresa May.

Prominent politicians have since apologised for supporting Section 28 – although it was not until the Equality Act 2010 that schools were required to “advance equality of opportunity” for all protected characteristics. Nine years later, and with a backdrop of division, progress in schools is diverse and uneven.

I’m not homophobic, but…

So while the policies of Section 28 may be firmly in the past, the legacy remains. The inclusion of LGBTQ+ people in schools is not starting from a point of absence, but from a position of disapprobation –- from a long and lengthy association of gay as disruptive to the young innocent minds and actions of children.

This continues to be discretely supported and legitimised – creating a “them and us” culture through policy. So while it is hugely pleasing that past and present Ofsted have repeatedly enforced its support for LGBTQ+ inclusion, words can only travel so far when government policy is as it is.

Most of the argument surrounding the LGBTQ+ lessons has centred around the age-appropriateness of the curriculum. But if there is an age when children should learn about same-sex relationships, then under equality law it should be the same age that they learn about heterosexual relationships. And therein lies the disparity, in that children are constantly exposed to heterosexuality – from cartoons to casual conversations, heterosexuality is always in operation.

This article is republished from The Conversation under a Creative Commons license. Read the original article to comment.