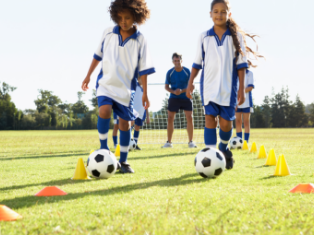 Today is International Women’s Day: a day to celebrate women’s achievements and to call for a more gender-balanced world. When it comes to this balance, thankfully we are tilting the scales to a more equal setting, but there is still a lot of work to do – especially in sport.

Back in 1977, when the UN first proclaimed March 8th as the Day for women’s rights, the UK had never had a female Prime Minister and it had only just become illegal to refuse to serve women in pubs. Female athletes were not considered capable of running marathons. The first FIFA Women’s World Cup would not happen for another 14 years and it would be another two decades before the ‘Home of Cricket’ – Lords – would welcome female members.

How far have we come, now, in 2019? Should we be thankful for the progress made? Or demand more? We must do both. Gender is not the barrier it was in the 70s, but we are still a long way from a level playing field. If superstars such as Serena Williams are still subjected to gender and racial inequality and double-standards on and off the court, what message does that send to young, aspiring female athletes in our school fields and sports halls?

A few years ago the ‘No More Page 3’ Campaign highlighted the breadth of the expanse that still lies before us. Its research revealed that, in six months and almost two hundred editions, one of the most popular newspapers in the country failed to publish a single photograph of a woman playing sport. During 2018 our #SeeSportyBeSporty campaign studied sports photographs published by UK national newspapers. Of these, less than 3 per cent showed women athletes. This was despite English women’s teams being ranked among the top 4 in the world for football. And rugby. And cricket. And hockey.

This year, over 10 per cent of photographs of sport published in our newspapers are showing women playing sport. This is an improvement on last year’s dismal numbers. However, without the Guardian’s unrivalled 26 per cent of all sports photographs showing women, the total figure would have been just 6 per cent. The results are still depressing.

And even when we do see sportswomen in sports news stories, they are often not portrayed in the same way as male athletes. Elite female athletes are less likely to be depicted actually playing sport. They are more likely to be photographed posing – in a dress, with a trophy, for example. This dearth of and difference in depictions of sportswomen can have an insidious effect.

At ‘Totally Runable’ we use running as a means of building girls’ confidence both in and out of sport. We mix physical exercise with ‘mindset’ training. We work with girls because we still need to work with girls. Our research shows that from as early as age seven girls are already 22 per cent less likely than boys to describe themselves as ‘very sporty’. Elsewhere, studies show almost twice as many girls as boys say that a lack of confidence stops them being active at primary school.

As a child, I grew up as a football fan supporting Manchester United. But I didn’t play. It didn’t cross my mind that football was something girls could do. I didn’t question the messages the media and wider society drip-fed me. Thankfully, I would, later, find a home playing football at Durham University and I went on to become a coach and Director at Barnsley Women’s FC. I love that girls can now watch teams like Durham women play Chelsea in the FA cup quarter-final and I’m excited to see a televised World Cup in summer.

It’s brilliant that the Women’s Super League and BBC’s Women’s Football Show are now on TV, but the under 12s girls I coach will struggle to watch – and be inspired by – a show of just 30 minutes, broadcast at nearly midnight on a Sunday before school. It’s not enough to show more female athletes if these depictions are not accessible to young, impressionable minds.

On International Women’s Day 2019 we must acknowledge how far we’ve come. But if, in 1977, we had only celebrated the achievements made in the years leading up to the first International Women’s Day and not demanded more, we wouldn’t be where we are today. We cannot become complacent. We must push even harder to make genuine gender equality a reality – in sport and everywhere else.

Nat Jackson is one of our alumni (St Mary’s College) and Director of Totally Runnable, which work in schools with girls and female school staff using running as the tool to build confidence in sport, exercise, and life.