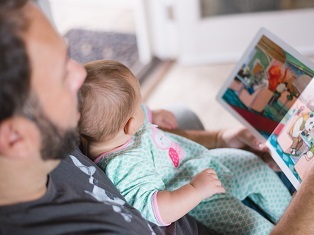 Photo by Picsea on Unsplash

The UK is in the middle of a conversation about the gender pay gap. And rightly so. No matter how you look at it, the average 9.7% difference between the collective earnings of men and women suggests a structural disadvantage to women.

Yet the pay gap lays bare another issue that’s not talked about so often – the way society currently addresses issues that have a negative impact on men.

One recent example was coverage of the new-found “gender commute gap”, which found that women’s journeys to work each day take significantly less time than men’s – often 15 minutes for women, compared with over an hour for men.

Coverage of this was almost exclusively that it was a disadvantage to women, and was linked to gendered expectations, with unequal divisions of childcare responsibilities constraining women to work closer to home. In turn, this could be contributing to the gender pay gap, although as the Institute for Fiscal Studies noted any such link is yet to be established.

But there was little discussion of the concerning implications this gender commuting gap holds for men. With each extra minute of travel, the mental well-being of the commuter decreases, according to a 2014 report on commuting by the Office for National Statistics. The difference in well-being was most stark between commutes of around an hour, and those of 15 minutes or less – neatly overlapping with the difference in travel times between men and women. Add to this less free time to devote to family responsibilities and there is a clear negative impact on men of their longer commutes.

Benefits to fathers of paternity leave

This is symptomatic of a wider problem with how we talk about equality in society. In a report, published earlier this year, MPs on the Women and Equalities Committee recommended an overhaul of paternity leave after statistics suggested that as few as 1% of UK fathers are taking what leave they are entitled to. This is in spite of significant numbers wanting to take a more active role.

This discrepancy is due to a range of factors, including fathers being unable to afford leave, and stereotypes and workplace attitudes which make men unable, or uncomfortable to ask for it. Fathers report similar marginalisation and belittling in other activities they do as parents – including at schools, nurseries and healthcare services. Almost as though to prove the point, the committee’s report itself slips into referring to fathers as “second parents”.

This means that men are currently missing out. Research shows that there are a range of benefits of fathers taking on greater childcare responsibilities: beyond the obvious benefits to child development, it can also improve the mental health and fulfilment of men. This has a knock-on impact on men’s physical health. Involved fathers are less likely to suffer from accidental or premature death, hospital admissions, and substance abuse.

Yet while more active involvement improves the well-being of fathers and children, this important research is largely ignored when making the case for tackling the low uptake of paternity leave.

Instead, the overwhelming argument is that issues around paternity leave should be tackled to solve the gender pay gap. This was the reason the committee report was even commissioned at all.

To be sure, if addressing the paternity leave issue can help solve the gender pay gap, then that’s a reason to act. But it’s surely not the only, nor even the main, reason why we should care about the low take up of paternity leave.

As I’ve argued elsewhere, it’s harmful to treat paternity leave as merely a pathway to gender pay parity, rather than a goal in itself. It not only belittles the disadvantages faced by fathers, but also risks limiting the effectiveness of whatever measures are taken to resolve difficulties within parental leave. And that doesn’t help anyone.

How we talk about equality

There are a number of challenges facing men and boys today. These range from the disproportionately high rate of male suicide, to acute under-reporting and stigma surrounding male victims of sexual assault, as well as mental illness. But when attention is devoted to addressing these challenges, it’s often seen merely as a way to enhance the rights of women.

The question “what about the men?” is vital, we’re often told – in the media, and by equality campaigners – because “we want to protect women and girls”. It’s vital, we’re told, because the challenges facing men impact women in many ways, such as the weight that men’s mental health struggles put on women, for example as carers “responsible” for “patching men up”. This is not just a matter of rhetoric: there are real consequences for society, and particularly for men.

It’s positive that women and wider society will benefit from tackling problems faced by men. But we also need to tackle these issues – and the outdated attitudes and stereotypes about men’s role at work and at home – because of the harm this does to men and to their well-being. This is a valuable pursuit in itself. Not framing it as such leaves a potentially harmful gap in the way society talks and acts on gender equality.