Has the ban on 'legal highs' worked? 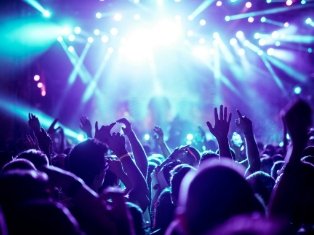 Professors Fiona Measham (Sociology) and Alex Stevens (University of Kent) consider whether the 2016 legislation has proved effective in reducing the use of psychoactive substances in the UK.

The trade in “legal highs” was banned in 2016 when the UK government introduced the Psychoactive Substances Act. Two years later, the government has published a review of the effects of its legislation. It’s interesting that the government has chosen to release the review quietly without fanfare – perhaps because of the problems it reveals.

As the Psychoactive Substances Bill was going through parliament we agreed that it would close down the “head shops” that were selling legal highs, or “novel psychoactive substances” as they are more accurately known. These include new types of stimulants and synthetic cannabinoids sold under a variety of misleading names, such as “spice”. The head shops have mostly disappeared. But we also made more pessimistic predictions, and these have also turned out to be true.

We said that the law once introduced would lead to legal complications due to its confusing definition of a psychoactive substance. We anticipated that the closure of head shops would change patterns of drug consumption, with use of novel substances shifting to the most vulnerable groups such as prisoners and homeless people. And we also suggested that the act would lead to a merging of the market for novel psychoactive substances with the existing trade in street drugs. All these predictions have come to pass.

In August 2018 the UK Court of Appeal ruled that it does not matter whether a substance produces a psychoactive effect on the central nervous system directly or indirectly – in either case it is covered under the act. This case concerned nitrous oxide (laughing gas), but it also had implications for alkyl nitrites (poppers). In fact the legal definition of a psychoactive substance is now so broad that it potentially includes every substance that is not specifically exempted by the act. Churches that swing incense may be breaking the law. People selling lavender may now be liable to prosecution due to its mildly sedating and relaxing effects.

The government’s evaluation of its legislation shows some indications of reduced use and reduced health harms from novel substances among the general population. But this is set against some unintended, and worrying, trends.

Drug use on the rise

The first is the increase in use of and harms from other drugs. Novel substances were often used in conjunction with established street drugs - such as MDMA (ecstasy) and cocaine - in order to enhance their effects at a time when purity was the lowest on record. With increasing legislative control and trading standards actions on “legal highs” in the years up to the act, along with a massive recent rise in MDMA and cocaine purity, we saw a move away from legal highs, but no corresponding fall in MDMA or cocaine use. Since 2016, we have seen the highest drug-related death rates on record for MDMA, cocaine and opiates, with an increase in recorded use of cocaine.

While it is very difficult to disentangle the effects of the act from other developments, it’s possible that people who could no longer get stimulants from head shops instead sought them from coke and ecstasy dealers.

There is also evidence of the merger between drug markets. For example, the misselling of a very long-lasting cathinone, n-ethylpentylone as MDMA has emerged in recent years, causing significant problems for festival goers. It looks and smells almost identical to MDMA, is cheap and easy to obtain wholesale on the dark web, and is legal in China, making it very appealing for suppliers, but can take users on a terrifying stimulant journey lasting up to four days and potentially leading to full blown psychosis – as witnessed by The Loop this summer.

Recently, four people were convicted in Wrexham, north Wales, for supplying both novel substances and cocaine. At least one was also supplying “spice” to prisoners.

Harming the most vulnerable

This brings us to the most concerning aspect of trends in use since the act, which is the concentration of harms among vulnerable users.

There has been a tidal wave of news reports about “spice” as a drug that turns its users into “zombies”. This coverage stigmatises users while doing nothing to help tackle the complex problems – often including homelessness and mental health issues - that lead people to make heavy use of these synthetic cannabinoids. But these stories do reflect a real problem that affects many British cities, with dramatic increases in ambulance and police call-outs related to these substances.

The Psychoactive Substances Act has certainly not eliminated the supply or use of the substances it aimed to restrict. Nor has criminalising possession of synthetic cannabinoids by classifying them as a Class B substances under the Misuse of Drugs Act in December 2016 solved the problem. Quite the opposite: both the strength and price of these substances has increased since they were banned – a common effect of prohibition – leading to greater health harms and financial problems for users.

Such debts are a particular problem in prisons where they often lead to violence. Here, report after report has shown the havoc in Britain’s overcrowded, underfunded and understaffed prisons that synthetic cannabinoids have contributed to.

The act was presented as the solution to the cat and mouse game of banning individual substances. But the reality for Britain’s towns and cities, prisons and festivals is that harms continue.

A much broader approach and new treatment strategies is needed for those most harmed by austerity, increasing homelessness, inadequate mental health services and the use of novel and established drugs alike. A start would be to allow and encourage drug safety testing. More broadly, we need to reconsider – as other countries have done, with Canada legalising cannabis – the harmful effects of prohibition and the ongoing war on drugs.