Colombia’s troubled peace process and the lessons of Bosnia-Herzegovina 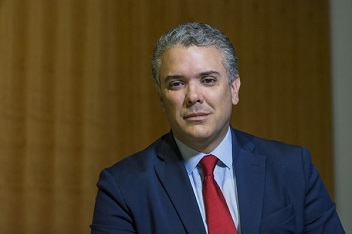 Colombia’s recent presidential election proved that the polarisation that marked the 2016 referendum on the peace agreement with the FARC is still at work. As they did in the plebiscite, the country’s left and right-wing politicians respectively asked the electorate to accept or reject the agreement – and the ultimate winner was a right-wing sceptic of the deal, Ivan Duque.

Throughout the campaign and since his victory, Duque has insisted he will try to adjust the peace agreement in accordance with the No campaign’s platform in the 2016 plebiscite. Among his pledges are to make sure that crimes related to drug trafficking will not be given amnesty, to revise the transitional justice arrangements to primarily focus on guerrilla members responsible for atrocities, and to keep guerrilla members from participating in politics before serving time in jail. He has also suggested that members of the armed forces be exempt from the transitional justice system.

Duque’s victory was therefore greeted with worry around the world. People were – and are – concerned about what his presidency might mean, not just for the peace accords, but for Colombia’s long-term future. But this is not an unprecedented problem; states and societies transitioning from conflict to peace very often face deep political challenges.

The questions Colombia faces today also confronted Bosnia-Herzegovina in the 1990s after the end of a devastating war that claimed thousands of lives. In the first elections after the accords, the population voted for the former wartime leaders, further entrenching ethnic segregation; in the end, the Dayton Accords ended up institutionalising ethnic division as part of the constitution.

Meanwhile, many members of the elites who helped drive the war were not prosecuted, and have continued to run businesses from privileged positions of authority. This approach to the transition from war to peace has essentially frozen the structures of war rather than breaking them down – and plenty of deep geographical and political segregation persists to this day.

While Colombia’s 50-year conflict was not divided along ethnic lines, the parallels between these two troubled peace processes are uncomfortably close. Just as in the Bosnian case, the structures of separation that underpinned Colombia’s conflict for five decades might outlast the war’s official end. If Duque is serious in his intentions, the process might be narrowed to focus principally on atrocities committed by guerrilla forces, with crimes associated with the state and its allies taken off the agenda.

Post-conflict transitions are often driven by people’s fears of losing rights, jobs or physical security. It is these very fears that may lead people to vote in favour of ethnic leaders or actors, more generally, who claim to prioritise security over other concerns. When peace agreements are not able to allay such fears, they risk being rejected, undermining hopes for a future where people’s identities as “victims” and “perpetrators” can start to be be broken down.

The effect on victims can be severe. When the general mood is focused on stabilising the logics and structures that underpin a conflict, there is no space to discuss compensation. Restorative justice tends to sink down the agenda, and those affected most by violence and trauma are often the last to be heard. In Bosnia-Herzegovina, this meant that some never received reparations, and many who did only received them decades after the crimes were committed.

It remains to be seen whether Colombia will be able to handle this challenge differently. Its Comprehensive System for Truth, Justice, Reparation and Non-Repetition has been designed as a restorative justice mechanism, tasked with attending to the needs of victims. By focusing on reparation, it purports to empower the victims of the conflict.

This approach has been praised for specifically giving attention to women and ethnic minorities, facilitating their representation in the transitional justice process. Thanks to a recent ruling by Colombia’s Constitutional Court, making any substantive changes to the terms of the Havana Accords will be difficult. But there are still plenty of ways for those in power to throw the transitional justice process off balance, whether by delaying its implementation or simply limiting the supply of funds.

As in the Bosnian case, Colombia faces the risk that its hard-won peace mechanisms could be co-opted for political ends. If that happens, the country’s political and economic polarisation will only become deeper entrenched – and the needs of its civilians will never be fully met.