Testosterone levels determined by where men grow up – new research 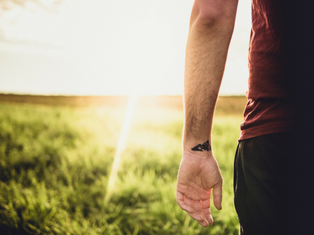 Boys who grow up in healthier, wealthier environments tend to have more testosterone as adults, according to the latest research from Dr Kesson Magid (Department of Anthropology).

Our study, published in Nature Ecology and Evolution, supports the idea that the environment a man grows up in affects his testosterone levels later in his life. But our results suggest that this “setting” of adult testosterone levels doesn’t occur in infancy, but is determined in later childhood.

The groups we studied trace their heritage to Sylhet in Bangladesh, a region with a history of migration to London for three generations. They settled in relatively culturally similar, densely populated neighbourhoods of East London. In other words, the lifestyles of these two groups was fairly similar. Our goal was to compare testosterone levels, height and age at puberty depending on the environment where a man spent his childhood.

Access to healthcare is limited in Sylhet and urban sanitation is poor. We consider this one of the clearest contrasts between growing up in Sylhet, Bangladesh and London. We compared 59 men who migrated from Sylhet to London as children, 75 who migrated as adults, 107 men who lived in Sylhet all their lives, 56 men born in London with Sylheti parents, and 62 men of European ethnicity from London.

A guiding idea for our project was life history theory, an evolutionary theory that sees the energy available over the lifetime of an organism as something like a budget. For example, energy spent on efforts like fighting disease can’t be invested in other energetically costly endeavours, such as growing taller, heavier or more muscular.

We found that the longer a man lived in Bangladesh as a child, the shorter he was as an adult. This suggests that boys growing up in Bangladesh had to trade off growing taller for something else, such as immunity.

If they were taking in less energy from food or were spending more on physical labour, this might also explain the differences in height. But the men we measured mostly grew up in the city, not farms, and were from well-off families, by Bangladeshi standards, with ready access to food when they were growing up, so we think energy spent on fighting disease is the biggest cost when considering these differences in growth.

We consider testosterone as a marker of how much a man has invested in reproduction. Testosterone has costs in terms of muscle and metabolism, and potentially shapes competitive behaviour, so men apparently trade off these costs based on their childhood environment.

We think that the energy budgeted for reproduction throughout life is determined at some point in later childhood, and that once a male “commits” a proportion of his investment to reproduction, it determines his regular levels of testosterone for the rest of his adult life.

Our findings have important implications for healthcare. Testosterone is associated with growth of muscle, libido and the functioning of male reproductive organs, including the prostate. It’s possible that the change in environment for migrants from Bangladesh to the UK means they will have greater risk of diseases of the prostate.

Also, the UK-born children of Bangladeshi migrants had higher levels of testosterone than men with non-migrant parents, suggesting that children of migrants may adjust their trade offs in different ways than children of non-migrants. These men may be at greater risk of enlargement of the prostate in later life, and may need to be especially aware of screening programmes for prostate disease.

The next step is to see if these children of migrants have higher incidence of symptoms related to prostate disease, for instance benign prostate hyperplasia.

Our work emerged from previous research with Bangladeshi migrant women. Women had higher levels of the reproductive steroid progesterone if they migrated to the UK as children.

Since then there have been a number of other studies of women’s health, that suggest these trade offs made in early life determine a host of different characteristics relating to women’s fertility and the timing of a woman’s reproductive lifespan. So it appears that living in the UK – or other wealthy country – increases the amount a person budgets to reproduction, whether they are a man or woman.